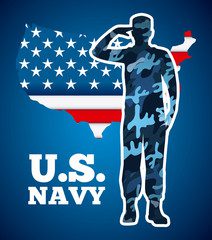 Just recently AFR was awarded a three year contract by the Navy Reserves to plan Returning Warrior Workshops in the continental United States and Puerto Rico for post-deployment Reservists.  This is the third time we’ve been awarded since the initiation of this important Yellow Ribbon program in 2008. AFR’s services and technical ability have been continually rated as “Outstanding” by the Navy. We have provided military reunions five star service for going on thirty years and it was our history of serving only the military that caused the Navy’s contracting house to call in 2008, suggesting AFR bid on DOD’s reintegration programs.
If your military reunion group is seeking a first class operation and an honorable partner please don’t hesitate to give us a call at 1-800-562-7226.  Or visit our Home Page.

The Featured Veteran this month is Dave Smith, president of the 2/3 Vietnam Vets Association.  2/3 joined our large family of satisfied Marine Corps groups this year.

The Featured Reunion Destination this month is Columbus, GA – home to the National Infantry Museum. A year doesn’t pass without AFR hosting a reunion in Columbus, and recently the Society of the Fifth Division has a spectacular reunion there.

BookMyReunion.com can help find your group the best deal, with attrition-free contracts for groups of less than 50 rooms.  For groups with 50 or more rooms per night and taking advantage of AFR’s full range of reunion planning services: book your reunion for the first time with AFR before December 1 and earn money for your group:  http://www.armedforcesreunions.com/reunion-rebates/ 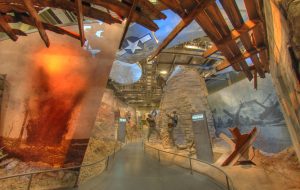 Nestled along the banks of the Chattahoochee River in west central Georgia, Columbus was one of the last planned cities of the original 13 colonies and served as a major supply point during the Civil War.
The National Infantry Museum & Solider Center at Patriot Park honors the 235+ year legacy of valor and sacrifice of the American Infantryman.  This facility serves to educate, honor, and preserve the legacy of the oldest branch of the United States Armed Forces.  Inside the National Infantry Museum, traverse the “Last 100 Yards Ramp,” where battles from each of the Infantry’s major conflicts over the years are depicted in striking realism.  Enjoy interactive galleries tracing Infantry history from colonial times to the present and learn about the training of today’s Soldier.

When it’s time for your reunion, Columbus’ inventory of meeting space can accommodate the smallest groups to a 6000-plus-person convention…all handled with the sophisticated support found in larger cities, but without the sticker shock.  As for facilities to have your meeting, Columbus has more than 30 distinctive breakout venues totaling more than a half-million square feet of meeting space.  Among these venues is the Columbus Convention & Trade Center.  Once called the Columbus Iron Works, the Trade Center was a foundry that churned out everything from machine parts to munitions during the Civil War.  Today, this recently expanded and renovated architectural wonder has been converted into one of the most distinctive meeting facilities in the Southeast…if not the country.

Columbus, Georgia is a city unafraid of change…yet careful to uphold its heritage.  Come experience this one of a kind city and her true Southern hospitality.  Come see “What Progress Has Preserved.”

Memories Past and Present from the 2nd Battalion/3rd Marine Regiment 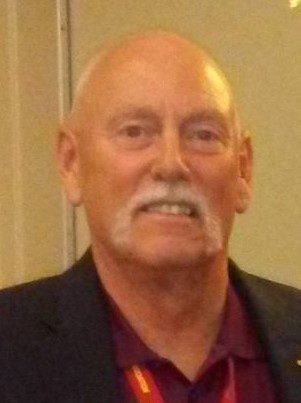 Captured in photojournalist Catherine Leroy’s 1967 picture Corpsman In Anguish of U.S. Navy Corpsman Vernon Wike cradling a dying comrade near Khe Sanh, Vietnam, the image brings home the valor and sacrifice of the 2nd Battalion/3rd Marine Regiment. Serving in 2/3 from 1967-68, Sergeant Dave Smith was a section leader, forward observer and squad leader attached to Foxtrot Co. The battalion and Smith saw some of the bloodiest and most heroic fighting of the war.

“I was one little cog in the big wheel of 2/3, the best men and officers anyone could hope to serve with,” said Smith, 67. “The battalion arrived in 1965 and came out in 1969 with three Congressional Medals of Honor recipients, eight Navy Crosses and more than 40 Silver Stars. We lost 522 Marines, but inflicted a lot more casualties on the North Vietnamese Army.”

Smith arrived in Vietnam not long after Leroy’s photo was taken and the notorious Hill Fights. He saw almost continuous combat in operations around Da Nang and the DMZ, including the battle at Foxtrot Ridge outside Khe Sanh on May 28, 1968. “I was a forward observer calling in mortar fire with only 88 of us left when 900 to 1,000 NVA regulars came up. By the end of the night we lost 13 Marines, with 44 wounded. The enemy did not take the ridge and had more than 240 casualties strewn around the hill. Golf Co. arrived with reinforcements the next morning, followed by a repeat of the night before. Marines next to me were killed and wounded. I learned then and there it was just the luck of the draw.”

Smith and 2/3 went north when the TET offensive hit as part of the joint Marine Corps/Army Operation Pegasus during the siege of Khe Sanh. The battalion was on the move in widespread operations until Smith’s tour ended: “We were kind of like firemen. Whenever anyone needed help they called in 2/3. Our nickname was “rent a battalion.”

Smith was discharged from the Marines in 1969 as a Sergeant E-5. He returned to his native California, graduated from Cal Poly State University, San Luis Obispo in 1973 and later became a history and government teacher at Santa Ynez High School. In 2000 he reengaged with 2/3 on the web and attended a 2nd Battalion 3rd Marines Vietnam Veterans Association reunion. “The first guy I ran into was Alan Walker, who turned out to also have been in Foxtrot Co. the same time I was. I asked him if he remembered the day Gunny Ziegler got killed. He did and said he was nearby with another Marine trying to save a guy with a shot to the chest. That other Marine was me, but he died in our arms.”

Smith was elected president of the Association last year. The group has about 170 members and held their most recent reunion during August in Charleston, South Carolina, managed by Armed Forces Reunions, Inc., (AFR) the parent company of BookMyReunion.com. “AFR did a tremendous job and they’re doing our Hills Fights 50th anniversary gathering next year in San Antonio,” said Smith, who lives with wife Terry in Lompoc, California.

“What I like most about our reunions is that we’re still bringing in new guys, some I haven’t seen since Vietnam and many I never knew,” Smith said. “It’s very powerful when you watch them connect with everyone. Happiness, sadness, laughter and tears, it’s one of the most special things in the world to me. “Doc” Wike has come to a few of the reunions and I’m trying to get a hold of him for San Antonio.”