The Key To A Great Reunion: The Hospitality Room 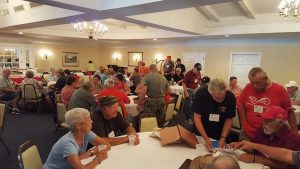 The most important element in a successful reunion is the hospitality room – preferably a meeting room where attendees can enjoy one another’s company and display memorabilia, sitting at banquet rounds, enjoying beverages and snacks provided by the group. Not all hotels allow groups to provide their own beverages and snacks in meeting space, but in most cities one can find a reunion-friendly hotel to ensure a successful reunion.  It is in the hospitality room where a reunion happens, and having booked groups in more than 150 cities over the past 30 years AFR can guide your group to a reunion-friendly hotel offering great hospitality.

When contracting a reunion hotel it helps to have a professional on your side – to remove the attrition clauses and minimize the legal gobbledygook that goes into hotel contracts.  We have our own short form BookMyReunion hotel contract that does away with attrition penalties for smaller reunions, and gives groups the concessions and freebies they deserve.  If your military reunion group is in need of a trustworthy and knowledgeable partner don’t hesitate to give us a call at 1-800-562-7226.  Or visit our Home Page.

The Featured Veteran this month is Chaplain Dick Stenbakken, retired Director of Family Life Ministries for the Army Chief of Chaplains Office. As Dick says, “The crosses on our collars carry a lot more weight than our ranks and enable us to guide commanders, and intervene on behalf of troops as well.”

The Featured Reunion Destination this month is Providence, RI – central to the U.S. Naval War College and its Museum, the Seabee Museum and Memorial Park, the Quonset Air Museum, Battleship Cove with the largest collection of preserved U.S. Navy ships in the world, Newport and its mansions, and Mystic Seaport. You may need to add a day to your reunion! 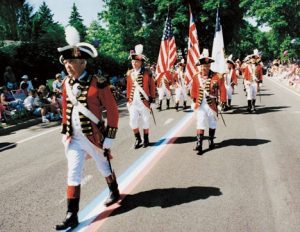 Rhode Island may be the smallest state in the nation, but it packs plenty of excitement into its borders. The state’s hundreds of miles of coastline, rich Colonial history and acclaimed restaurants help create a memorable reunion destination.

With nearly 400 years of history, Rhode Island has many stories to tell, and an array of things to do for all tastes. RI’s state capital, Providence, combines the charm of a New England town with the cosmopolitan flair of a big city. Compact and walkable, Providence is heralded for its world-class dining scene and beautifully preserved historic architecture.

Rhode Island boasts several attractions dedicated to preserving and sharing the history of the military. And with its coastal geography, it is no surprise that the state has strong ties to the Navy. The U.S. Naval War College and its Museum are located in nearby Newport. The museum highlights the history of naval warfare dating back to ancient times and the naval heritage linked to RI’s Narragansett Bay.

The Seabee Museum and Memorial Park – the original home of the U.S. Navy Seabees – in North Kingstown, is another popular spot to visit. Just down the road, the Quonset Air Museum, features three acres of displays, including 28 aircrafts dating back from 1944 to 1983. Battleship Cove, located right over the state line, in Fall River, Mass., harbors the largest collection of preserved U.S. Navy ships in the world.

Visitors will find lots of options for their free time in Providence. The RISD Museum at the Rhode Island School of Design showcases more than 91,000 works of art ranging from the ancient to the avant-garde. Foodies will want to see the one-of-a-kind Culinary Arts Museum at Johnson & Wales University, which displays 500,000 food-related artifacts, including a complete diner. Theater lovers can take in a show at the beautifully gilded Providence Performing Arts Center or at the Tony Award-winning Trinity Repertory Company.
Conveniently located in the center of the state, Warwick is a quick 10-minute drive from Providence. Warwick features a variety of hotel and dining options and is known as “The Retail Capital of Rhode Island.” Home to two malls and hundreds of stores, Warwick is ideal for those looking to do some shopping while in town.

The Providence Warwick Convention & Visitors Bureau (PWCVB) is available to assist you with all of your reunion needs. The PWCVB offers planning assistance, destination information and much more, including providing military lapel pins for your group.

Serving His Country and Faith for Nearly Five Decades and Counting 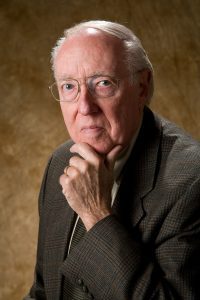 “I’ve been very blessed and am trying to use those blessings and experiences in war and peace to bring spiritual and emotional health to people through different levels and perspectives,” Stenbakken said.

A captain in Vietnam in 1969, he rode unarmed in convoys around Saigon, often under enemy fire. Yet it was a life-threatening situation from within his own ranks where he had to rely on his faith and judgement to save him and the life of another.

Preparing on Saturday night for Sunday service, Chaplain Stenbakken was asked to check on a distraught sergeant. “I knocked and a grumbled voice said to come in. He had a loaded .45 pointed right at me, shaking life a leaf with a half-finished bottle of Seagram’s 7 on the table,” said Stenbakken, 76. “I persuaded him I couldn’t concentrate looking at the gun and he put it down. He’d busted platoon members for heroin and he said they were going to kill him. He shot holes in his door after someone threw a disarmed hand grenade in his hooch as a warning. He became completely unhinged and was medevaced out the next day.”

Stenbakken returned to the States in 1970 where he earned one of his four master’s degrees and helped start a family life center at Fort Leonard, Missouri. He went on to become Director of Family Life Ministries for the Army Chief of Chaplains Office, while finishing the Ed. D. degree. “Before the early ‘70s, family life chaplains got advanced degrees through civilian training, so we decided to use education and training sites adjacent to Army installations, where chaplains could also do their practicum with military families,” said Stenbakken, of the Seventh-day Adventist denomination. “We set up centers all over the country, in Europe and Japan. Both soldiers and their families need spiritual support and guidance, especially in times of war. The crosses on our collars carry a lot more weight than our ranks and enable us to guide commanders, and intervene on behalf of troops as well.”

Since retiring in 1992, Stenbakken remains connected to his fellow chaplains as a member of the U.S. Army Chaplain Corps Regimental Association. The group’s recent October reunion in San Antonio was managed by Armed Forces Reunions, Inc., parent company of BookMyReunion.com. “The gatherings are mostly chaplains, their families and usually a representative from the Army Chief of Chaplains Office, so we have a great time and also share ideas for strengthening the chaplaincy,” said Stenbakken, who lives in Loveland, Colorado with his wife Ardis.

He also remains connected through a second career he started in his mid-30s. Ordered to come up with a creative concept for a Christmas event for the chapel staff, he looked for inspiration. “My prayer life went into overdrive and I came up with the idea of doing a first-person presentation where I played the part of Jesse, the innkeeper of Bethlehem.”

Stenbakken gives first-person ministry performances in period garb of Biblical and military figures, ranging from Saint Peter to Henry Gerecke, the chaplain for the Nazis at the Nuremburg war crimes trial. He presents to military organizations, churches, Pentagon prayer breakfasts, U.S. Senate Bible study groups and has created 7 DVDs and about 50 TV programs (www.biblefaces.com). His Soldiers of Destiny recently won silver and bronze awards at the Houston International Film Festival for independent filmmakers.

His latest project was writing a follow-up booklet for Mel Gibson’s film Hacksaw Ridge, about a World War II Seventh-day Adventist medic in Okinawa who saved the lives of 75 people and became the first non-combatant to be awarded the Congressional Medal of Honor.

“Once a chaplain, always a chaplain. You can take me out of the uniform, but you can’t take the uniform out of me,” says Stenbakken.