In this month’s issue we meet Alex Jefferson, Tuskegee Airman, former WWII POW, and a national treasure. His story is one every American should know, for it embodies the nation’s primary struggles of the 20th century: freedom from global tyranny and the fight for equality and civil rights. Lt. Col. Jefferson (Ret.) recently attended a reunion we planned for the Stalag Luft III Former POW Association, whose experiences were well-documented in the movie “The Great Escape”, starring Steve McQueen. The first event we planned for them was the 1992 St. Louis reunion. Members were heard upon departure saying “Stay Alive Till ‘95” – for the 50th anniversary of freedom reunion in Cincinnati. Departing that reunion members sang “Heaven Can Wait Till ‘98.” Some forty members made it to the Colorado Springs reunion in August  at the Hotel Elegante Conference & Event Center, a BMR Star Hotel. And what a tribute the Air Force Academy paid to these heroes!

Please check out the Hotel Specials of the Month further along in the newsletter. There are some phenomenal deals being offered by our partner hotels. I’d like to thank all those reunion chairmen who contacted BookMyReunion (BMR) this past month – and congratulations to our hotel partners that booked groups. BMR is an organic network that is growing by leaps and bounds. Every week new hotels are joining our reunion-friendly network. If in searching our website you do not find a BMR Star Hotel please click the CONTACT US button and let us know where you want to go. Odds are we’ll have a new BMR Star Hotel signed up quickly, offering you an attrition-free contract.

Our Top Reunion Destination this month is New Orleans. A year never passes without us booking multiple groups in the Crescent City, and if there’s a finer museum than the WWII Museum we’d like to know where. This month’s Featured Reunion Specialist is Michelle Sartrys, Director of Group Sales at the Crowne Plaza Providence – Warwick. Talk about a reunion-friendly hotel staff! Post-reunion evals are always the same – “Best Service Ever!”

BookMyReunion.com is very much a grass roots organization. If your group has a special hotel to recommend please let us know – we’ll invite it to become a BMR Star Hotel. Remember, BMR is all about attrition-free contracts with lots of concessions. Come on aboard and sail from safe harbor to safe harbor with BMR! 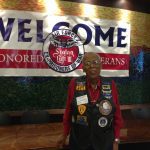 installations, fighter pilot and Tuskegee Airman Alexander Jefferson had 18 missions under his wings. Flying a P-51 on his next assignment, he was shot down in 1944 over Nazi-occupied France. He was captured and sent to POW war camp Stalag Luft III in Poland, made famous for allied prisoners tunneling to freedom in the 1963 film “The Great Escape.” Jefferson and other captives were later marched more than 50 miles to Stalag VII near Dachau.

“You don’t have time to get scared being shot down, only to react and think about it afterwards,” said Jefferson, Lt. Col. USAF retired. “We were pretty much treated with respect in the camps because we were captured by the Luftwaffe and not the SS, which would have been hell. But we were still prisoners. It was a day of pure jubilation when we saw General Patton’s tanks busting through the barbed wire at Stalag VII and the American flag go up.”

Tuskegee Army Airfield was established in Tuskegee, Alabama in 1941 as the first flying school for African Americans. The airmen quickly distinguished themselves in battle. Hailed for their valor, flying and fighting skills, the pilots were awarded 150 distinguished flying crosses and scores of other medals and accolades. Known as the Red Tails, bomber crews requested them for escorts. Their contributions to winning the war helped facilitate President Truman desegregating the U.S. military in 1948.

“Completing training and getting my wings in 1944 was the proudest moment for me,” said Jefferson, 93, who recounted his story in Red Tail Captured, Red Tail Free: Memoirs of a Tuskegee Airman and POW, published in 2005.

Jefferson and other former POWs in August shared their memories with cadets at the U.S. Air Force Academy while attending the Stalag Luft III reunion in Colorado Springs, CO, managed by Armed Forces Reunions, Inc., parent company of BookMyReunion.com.

“It was a special time between the generations and so exhilarating to see the caliber of the young men and women,” said Jefferson, a Southfield, Michigan resident. “We were assured of the great future leadership that will come from the cadets.”

Jefferson was enshrined in 1995 in the Michigan Aviation Hall of Fame and in 2001 was awarded the Purple Heart from President George W. Bush for wounds suffered from being shot down. In 2007 he and other Tuskegee Airmen and widows were awarded the U.S. Congressional Gold Medal. Jefferson is one of the founders of the Detroit and National chapters of the Tuskegee Airmen.

“With the help of the NAACP, Urban League and ultimately congress, more than $2 million was allotted to build Tuskegee Army Airfield,” Jefferson said. “There were nearly a thousand pilots, but there also were more than 30,000 support personnel that made it all come together.”

After the war Jefferson enjoyed a distinguished career in education. He received his teaching certificate from Wayne State University in 1947 and taught elementary school science in the Detroit Public School System. He earned his M.A. in Education in 1954 and served as an educator and assistant principal for 30 years before retiring in 1979.

Today Jefferson frequently gives lectures about the Tuskegee Airman at churches, schools, PTAs and before other organizations.

“The airfield was a tremendous thing and helped launch progress for civil rights,” Jefferson said. “There were two fights for freedom going on, one across the country and the other overseas. It was a very moving time and brought on some of the great changes that would come.”

DESTINATION OF THE MONTH: New Orleans

New Orleans is an authentic destination with a unique culture and a way of life that started nearly 300 years ago and continues to flourish today. World-renowned culinary experiences, unique offerings and unmatched Southern hospitality ensure that events held in the Big Easy are unlike any other. Home to a variety of unique venues from The National World War II Museum and Confederate Memorial Hall Museum to Blain Kern’s Mardi Gras World and the Steamboat Natchez, the Crescent City has the “lagniappe” – a little something extra – that will undoubtedly bring your reunion to the next level. 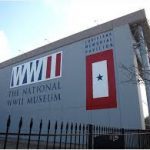 distinctive story and customizable backdrop to any event. From small intimate gatherings to large receptions or seated dinners, the Museum has a wide array of spaces to fit your needs. Slated for completion in 2017, the Museum is currently undergoing a $320 million capital expansion campaign, The Road to Victory: A Vision for Future Generations. The project will quadruple the size of the existing museum to include state-of-the-art programs and exhibit space, libraries and archives, as well as collections and conservation space giving visitors a more in-depth view of the war the changed that world. Reaching its first milestone in 2006, the next step of the project will include construction of three new exhibit pavilions. Together, these interactive spaces will portray all campaigns of the war on land, sea and air, honor each branch of the U.S. military services, and tell the powerful story of life after the war. 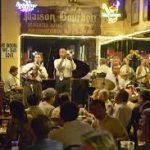 Progress is happening all around town as the city prepares for its 300th anniversary. With such a rich history and unique culture, New Orleans has plenty to celebrate. The birthplace of jazz and America’s favorite city for festivals, the Big Easy is a feast for the soul. With more than 1,400 restaurants, countless venues and a record 20 districts on the National Register of Historic Places, the Crescent City offers a wealth of experiences for every interest, budget and palate.

New Orleans is a European city on a po-boy budget. For only a buck-twenty-five, rumble down the oak-lined streets of St. Charles Avenue on the historic streetcar and wander through the Garden District, home to historic mansions, cemeteries and world-renowned cuisine. As one of America’s most walkable cities, you are never far from a little mystery and a lot of history. 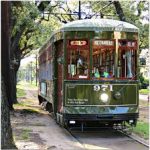 Big city offerings coupled with small town charm and Southern hospitality make New Orleans a truly ideal destination for meetings and reunions of all kinds. Come see the birthplace of Jazz, a sportsman’s paradise, the Big Easy and make a little history of your own. 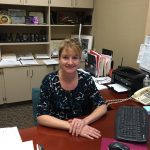 BMR: What’s so significant about military reunions and how does the reunion market differ from other markets? We love working with military reunion groups. Our staff always asks me when the next reunion is coming because they are among our best groups. Reunions are all about reconnecting with friends and having fun. They generally stay at least 4 days or more and patronize the restaurants and area attractions.

BMR: What does your hotel do for reunions that’s special? The most important thing we offer to military reunions is an attrition-free contract. This takes the financial burden and stress out of the equation so that the focus is on planning a wonderful reunion experience. Our Crowne Meetings Director works with each reunion to make sure every detail is addressed to ensure a successful and memorable reunion. We offer all military reunions a complimentary hospitality room, complimentary meeting/function space and discounts on food and beverage. Airport shuttle service and parking are also complimentary for all guests.

BMR: What makes Providence so attractive to reunion groups? We are conveniently located less than 3 miles from the airport and we are visible from I-95, making it very easy to get to the hotel. We have many options for area tours that include the Naval War College/Base, Fort Adams and Historic Mansions in Newport, RI, Quonset Point/Davisville, Battleship Cove, Mystic Seaport, Submarine Force Museum, and the United States Naval Shipbuilding Museum.

BMR: How will BookMyReunion.com benefit your hotel? Armed Forces Reunions has perfected the reunion planning process with the implementation of bookmyreunion.com. Having a site where planners can find reunion-friendly hotels and having a pre-negotiated attrition-free contract takes the hassle out of the process. AFR is not only a great partner for reunion planners, they are a valuable hotel partner. We are thrilled to be a BMR Star Hotel.

This Month in Military History

November 8, 1942 – Operation Torch, the Allied landings in North Africa, began as 400,000 soldiers under the command of General Dwight D. Eisenhower landed at Morocco and Algeria.

November 11, 1918 – At 5 a.m., in Marshal Foch’s railway car in the Forest of Compiegne, the Armistice between the Allied and Central Powers was signed, silencing the guns of World War I effective at 11 a.m. – the 11th hour of the 11th day of the 11th month.

November 11, 1972 – The U.S. turned over its military base at Long Binh to the South Vietnamese, symbolizing the end of direct American military participation in the Vietnam War. 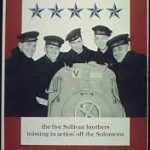 November 13, 1942 – The five Sullivan Brothers from Waterloo, Iowa, were lost in the sinking of the cruiser USS Juneau by a Japanese torpedo off Guadalcanal during World War II in the Pacific. Following their deaths, the U.S. Navy changed regulations to prohibit close relatives from serving on the same ship. 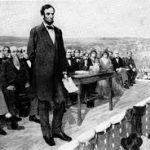 , 1863 – President Abraham Lincoln delivered the Gettysburg Address during ceremonies dedicating 17 acres of the Gettysburg Battlefield as a National Cemetery.

November 20, 1943 – The Battle of Tarawa began in the Pacific War as American troops attacked the Japanese on the heavily fortified Gilbert Islands.

November 28, 1775 – The American Navy is established by Congress.