What hotel in St. Louis is THE most reunion-friendly – where restaurants and shops are right out the door – with free parking and airport shuttle?  What Riverwalk hotel in San Antonio has the best room rates and allows reunion groups to provide their own ‘refreshments’ in meeting space for hospitality?  In the nation’s capital where do groups get a good deal and find reunion-friendly hotels?  Name a city and AFR will direct you to proven reunion-friendly hotels – AT NO COST.  Just this month AFR enters its 32nd year in business – and for decades hotels have offered AFR’s groups the best rates along with multiple concessions.

Hotel contracts are so riddled with gobbledygook – groups really do need a professional on their side to negotiate items such as room attrition, Food & Beverage Minimums, Resell Clauses, complimentary room policies, AV/restaurant/parking discounts – and much, much more.  Feel free to call and TALK TO TED to help your group find the perfect reunion hotel.  800-562-7226

Our Featured Veteran this month is Wayne Addkison, president of the USS Coral Sea CVA-43 Association.  In May AFR is planning a joint Three Sisters reunion in San Diego, with shipmates from the USS Midway CVA-41, USS FDR CVA-42, and the Coral Sea in attendance.  The highlight of the reunion will be a final banquet onboard the USS Midway’s flight deck.  In October AFR will host the annual USS Coral Sea reunion in Providence, RI.  Three ships have carried the name Coral Sea, and Wayne is lobbying the Secretary of the Navy to get a fourth ship named in honor of the first naval battle in history carried out by aircraft carriers on both sides without the opposing ships making contact.

The Top Destination this month is Portland, OR.  In Greater Portland you’ll experience the quintessential Maine coast along with a welcome mat for all veterans groups.  Portland is all about lighthouses and lobsters, Bath Iron Works and L.L. Bean.  And if you want to know what hotel in Portland has hosted hundreds of reunions shoot me an email with your group’s needs.

The Must-See Museum is The Flying Leatherneck Museum in San Diego – the only museum in the world primarily dedicated to United States Marine Corps (USMC) aviation. It has the largest and most complete collection of historical aircraft flown by U.S. Marine pilots in the world. 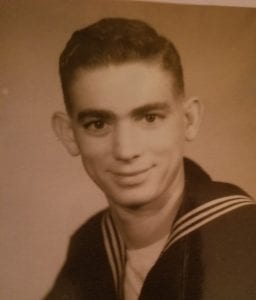 The 1942 Battle of the Coral Sea during World War II between Japan and the U.S. and allied forces marked the first naval clash in history to be fought solely from aircraft carries. Three U.S. ships have been named the Coral Sea in honor of that milestone. The most recent was the Midway-class carrier USS Coral Sea CVA-43, commissioned in 1947 with the 7th Fleet.

The vessel first patrolled the Pacific and played a vital role during the rescue with the fall of Saigon, the Mayaguez Incident, the Iran Hostage Crisis and a litany of other missions around the globe. She received scores of awards, including the Meritorious Unit Commendation, Vietnam Service Medal and Humanitarian Service Medal. The carrier earned the nickname “Ageless Warrior” before being decommissioned in 1990. Wayne Addkison made the first of his three Westpac cruises to the Pacific aboard the ship in 1960 as a Seaman Apprentice and was soon promoted to Seaman, Radioman Striker.

“The Coral Sea was one of the biggest ships in the Navy and most of the 4,500 crewmembers were young, green and loved her from first sight,” said Addkison, 77. “As a radioman I worked the teletype and airwaves assisting in communications onboard and offshore. We were located along the coast off Da Nang several years before our coordinates were officially designated as Yankee Station, but our presence was mostly a show of force. We did go to general quarters several times but they turned out to be false alarms, usually a fishing boat or unidentified plane. The real combat didn’t start until 1965.”

In 1962 the Coral Sea was ordered to leave the Pacific for the Cuban Missile Crisis, but couldn’t get there. “We were too massive to get through the Panama Canal, but in the meantime Khrushchev backed down” said Addkison, 77.

Addkison was promoted to Radioman Second Class in 1963 on his third Westpac cruise, destined 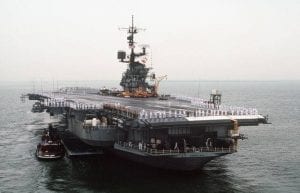 for Australia. In route, they crossed both the Equator and International Date Line at the same time, making Addkison and fellow crew members of the Golden Shellbacks. An old Navy tradition for braving the location’s rough seas, the designation and rite of passage comes with a hazing initiation. “The ritual had us crawling through garbage and other humiliations, but from then on it has been a badge of honor,” he said.

On R&R in Australia he took part in the country’s celebration of The Battle of the Coral Sea and proceeded to ports of call in the Philippines, Vietnam, Guam, Okinawa and the states before leaving the Navy in 1965 as a Radioman Second Class. Among his recognitions are the Navy Marine Corps Expeditionary Force Medal and Vietnam Service Medal.

Addkison continues to spend much of his time keeping the Coral Sea’s legacy alive. He has been a member of USS Coral Sea Association for nine years, two as the vice president and the last four as president. “I am very proud of my role with the association and heralding the ship’s rich tradition,” said Addkison, who lives in Kemp, Texas with wife Anna. “It is an honor to gather each year and trade memories, share photos and relive the history. We’re all very excited about holding the first-ever Midway Class joint reunion in San Diego during May. The Three Sisters Reunion, being planned by Armed Forces Reunions, will bring some 500 members of the USS Midway CVA-41, USS FDR CVA-42, and USS Coral Sea CVA-43 together for the first time. We selected San Diego because the USS Midway is a museum ship docked on the waterfront and our banquet will be on the fight deck.”  Addkison is also going to attend the Coral Sea Association’s reunion in Providence, Rhode Island in October – also being planned by Armed Forces Reunions.

In the meantime Addkison is on a mission to bring the vessel back to life by getting a fourth ship named the Coral Sea. “There should be another war ship christened for the first naval battle in history carried out by aircraft carriers on both sides without the opposing ships making contact,” he said. “I’ve reached out the Secretary of the Navy in the last two administrations, and though there’s been no real movement yet, I intend to keep on trying.” 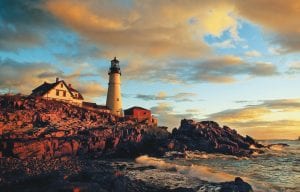 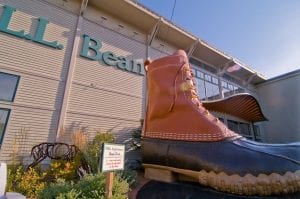 guided cruise past Bath Iron Works, seeing both the shipyard and the DDG-1000 Zumwalt tied up at the dock. From watercraft and lobstering, to shipbuilding and sea trade, you’ll hear stories about dangerous voyages to distant lands, see how a shipbuilder’s family lived in the 1890s, smell the sawdust from historic ship timbers, and discover the wonders and mysteries of Maine’s maritime culture. Bath is also the only active Shaker community in the world and welcomes visitors to its New Gloucester farm.  Visit Freeport, a city full of wonderful outlet stores, delicious local seafood, and LL Bean’s flagship store – a “must see” while in Maine! 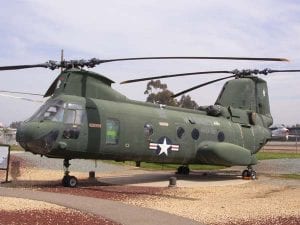 The Flying Leatherneck Museum in San Diego is the only museum in the world primarily dedicated to United States Marine Corps (USMC) aviation. It has the largest and most complete collection of historical aircraft flown by U.S. Marine pilots in the world. The Museum tells the proud story of USMC Aviation and the part it has played in defending America.  The Museum was established in 1989 on MCAS El Toro in Orange County, CA. When Base Realignment closed El Toro in 1999, a group of retired Marines from San Diego, led by Major Generals Bob Butcher and Frank Lang, spearheaded the move of the aircraft and artifacts to MCAS Miramar.

The Museum maintains and restores vintage aircraft used by the United States Marine Corps through work performed by employees and volunteers, and is proud to have more than 48 aircraft in its collection. Exhibits are rotated on a regular basis in order to provide variety to visitors.  Coming soon. . . an exhibit and programs on the recovery and restoration efforts of the only SBD-1 Dauntless dive bomber in existence, now in the Museum’s collection.  The Dauntless spent 52 years at the bottom of Lake Michigan.  Make sure to check out the Military Working Dogs Exhibit, the aviation art and NASA Flight Logos display, and events like Picnic With a Pilot and Open Cockpit Days.