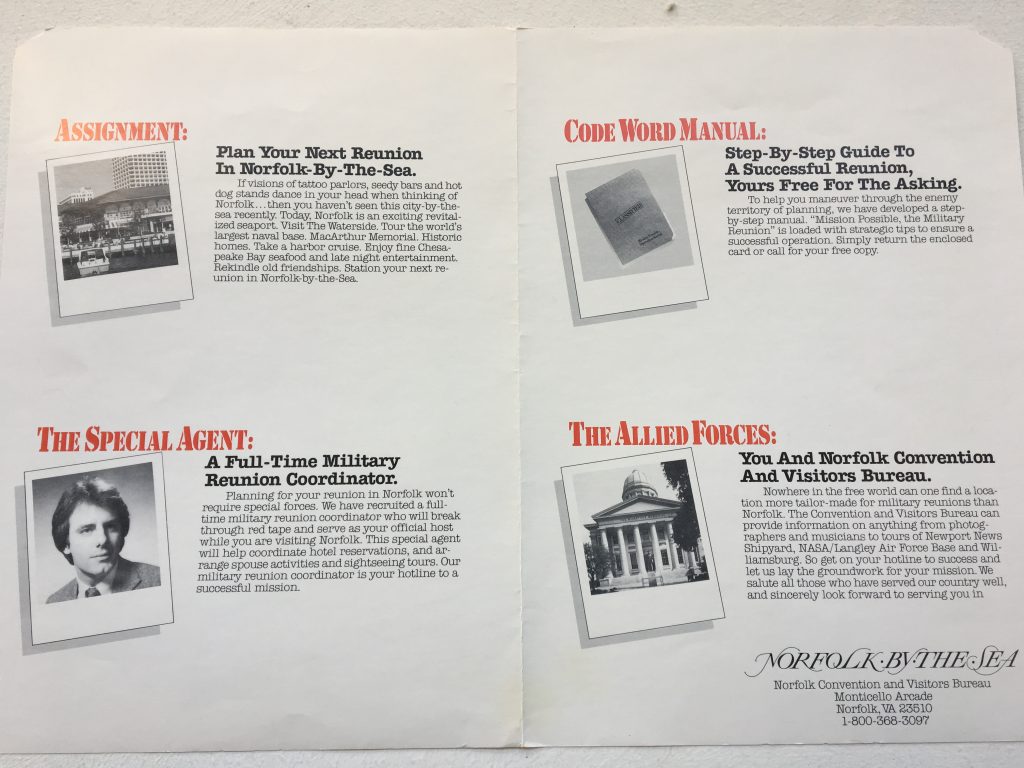 Thirty years of service in the U.S. military is an exemplary achievement. Armed Forces Reunions was founded in March, 1988 and we’re celebrating thirty years of serving you – the veterans of our great military community.  AFR has benefited from many long-term partnerships with veterans from the “Greatest Generation” up to now, as we serve our Naval Reserves in planning their Yellow Ribbon reintegration events. This year AFR is planning its 30th reunions for the USS Canberra Reunion Association in St. Louis and the USS LSM/LSMR Assn. in Pittsburgh.  Other reunion associations have been with us for over 25 years.  We are excited to see so many new groups coming onboard and look forward to another decade of serving our veterans.

The Top Destination this month is Norfolk, VA – where AFR got its start and a perennial Top Reunion Destination.  Norfolk is an attractive site for reunions of every branch of military service. This year AFR is hosting the following groups in Norfolk:  A-6 Intruder Assn., The Chosin Few, USS Wisconsin Assn., the Army Otter & Caribou Assn., the Society of the Fifth Division, the 65th/71st Infantry Divisions, 2nd Armored Division Assn., and the Farragut Ship’s Assn. It is hard to think of another destination in the country that offers such a rich combination of American history (Jamestown, Williamsburg, Yorktown) and U.S military bases and museums.

The Must-See Museum this month is the Army Aviation Museum at Fort Rucker, AL.  AFR planned the 2015 All-Birddog Unit reunion in Dothan, where they dedicated the Birddog Memorial on the grounds of the Museum – truly a Must-See Museum!

AFR is truly a Mom and Pop company. My first hire in 1989 was Molly Simpson, recent graduate of Old Dominion University.  In 1991 she became Molly Dey, and we are proud to be celebrating 30 years of AFR and 27 years of marriage.  Looking back we think of the groups that were there with AFR from the beginning.  Thank you to the following.

8th Air Force Historical Society   All veterans in the Army Air Corps in England in WWII.    President Tom Thomas was a Stalag Luft III Former POW and contracted AFR for the 1993 reunion in Chicago, the film crew of the just-released movie came to meet the original Memphis Belle crew.  We’ve planned their reunions since and expect a crowd of over 400 in Dayton this year – to mark the debut of the refurbished Memphis Belle at the National Museum of the U.S. Air Force.

USS LSM/LSMR Assn. and the National LCI Assn.  Molly and I launched both reunions in 1989 and 1990 respectively.  We maintained data lists of all individual LSMs and LCIs seeking to have reunions. We planned and announced the first reunions for Norfolk for all who served on these amphibious craft.  The associations grew to include thousands of veterans with annual reunions still meeting today.

USS Wisconsin Association    AFR planned the first reunion for the group in Norfolk.  Molly was pregnant with our first son at the 1992 reunion in Milwaukee, and pregnant with our second son at the 1994 Philadelphia reunion.  We now see these vets every other year here in our hometown of Norfolk, as the USS Wisconsin is permanently moored as a museum ship in downtown Norfolk – two blocks from our office.

USS Canberra Reunion Association    We planned their first reunion in Baltimore in 1989 and have planned every reunion since.  This year the group convenes in St. Louis at the Sheraton Westport, whose director of sales (Nancy Masterson) I’ve worked with for 30 years. 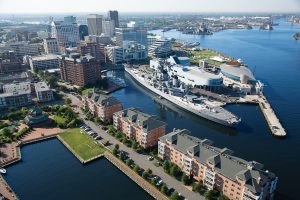 Named was recently named Favorite American City for 2018 and was selected as one of the Top 50 Places to Travel in 2017. Norfolk is a city with vibrant entertainment and culture, delicious cuisine and 144 miles of beautiful shoreline. Groups staying in Norfolk are accommodated in a wide variety of hotels, most of which are located within walking distance of the city’s downtown meeting venues, shops, restaurants, attractions, and nightlife options. Norfolk recently welcomed the new Waterside District, a dining and entertainment district, located on the Elizabeth River. Waterside houses eateries such as Guy Fieri’s Smokehouse, Rappahannock Oyster Company, Cogan’s Pizza, Blue Moon Taphouse and many more.

Cruise the Elizabeth River harbor on a Tall Ship or lunch/dinner cruise. Dine at one of Norfolk’s 80 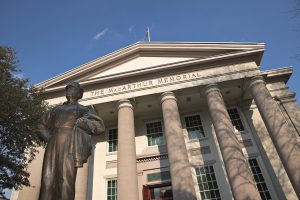 chef-owned restaurants or sign up for a pub crawl and taste Norfolk’s craft beers. Navy buffs can engage in lively tours of Naval Station Norfolk, the world’s largest naval station and home to more than 100 ships in the Atlantic Fleet. Norfolk is also home to Battleship Wisconsin, one of the largest battleships in the world. And History enthusiasts can tour the Douglas MacArthur Memorial, the final resting place for General Douglas MacArthur and his wife. 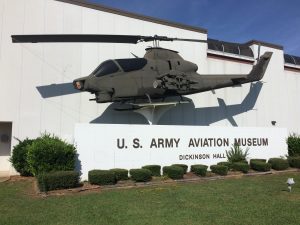 The museum houses a collection of helicopters and airplanes that trace the development and use of aviation by the Army in several areas: troop and cargo transportation; observation, scouting, and liaison duties; medical evacuations; and the use of armed helicopters as an offensive weapon of the combined arms team.  There are approximately 50 aircraft on display in the public galleries at any one time. However, the Museum maintains a collection of over 160 airplanes, helicopters, and other vertical flight aircraft.  In addition, the Museum also maintains another 3,000 items in the historical property collection.

The exhibits give you a snapshot in time of different items from the Museum’s collection, as they 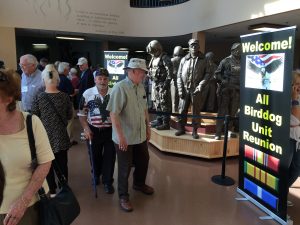 would have been used.   The Vietnam Memorial, a sobering experience, attests to the 4,347 Army Aviation personnel who gave the ultimate sacrifice for their country during the Vietnam Conflict.  The Army Aviation Hall of Fame has grown to 100 inductees and features portraits and citations of those worthy of such an honored induction.  The centerpiece of the exhibit floor depicts a well-publicized photograph from the Vietnam Conflict. The photo appeared in the 1st Cavalry Division yearbook, and shows an air assault landing of the “Bravo Blues” 1st of the 9th Cavalry.  The ability of the helicopter to evacuate wounded soldiers from the front lines of fighting in a timely manner during the Korean Conflict helped to solidify the use of vertical flight technology for the Army.