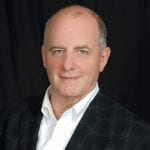 Yes, this has been quite a year.  Little did we know that our 2020 kickoff reunion (the 75th Anniversary Reunion of Iwo Jima) would be one of only a few to happen this year.  Many of you have been denied the opportunity to gather with your buddies this year.  We cancelled many reunions in the Spring, hopefully rebooked them for the Fall, and are now cancelling and rebooking most of those for 2021.  Bless those that are still hanging tough and we hope conditions will allow them to reunite.  Primarily, though, we feel the pain inflicted on our industry, with so many longtime friends at hotels and attractions furloughed or forced into early retirement.  Having worked with reunions for 37 years I, like anyone else in this industry, have not seen anything come close to being this awful.  We’ve dealt with hurricanes, earthquakes, and riots before – but nothing systemic like this.  We, like you, look forward to a 2021 that sees a vaccine for Covid and the beginnings of a return to normal.  AFR has been in business for 33 years and thankfully we have a very solid base, with many longtime reunion clients and Dept. of Defense contracts.  We will be around for a long while, so allow us to help you find a reunion-friendly hotel for next year.  AFR has a network of hotel partners that are very eager for good news and new bookings – and booking through AFR will get your group great rates and concessions that only come with booking through the nation’s top reunion agency.

Also painful to see is the treatment our law enforcement agencies are receiving today.  Clearly there are issues that warrant honest discussion, but the level of venom directed at police is disheartening.  Aside from disdain for historical figures, there seems to be so much hatred for America.  We all need to express our appreciation for law enforcement and wouldn’t it be nice to see more patriotic parades?  Our nation is blessed to possess the greatest military and law enforcement agencies in history, to protect our individual rights and freedom of speech and thought.

There is an important museum in our nation’s capital dedicated to honoring the service of our law enforcement personnel – the National Law Enforcement Museum.  It is another of AFR’s Must-See Museums.  The Museum’s befitting location at Judiciary Square marks the first time a national museum dedicated to telling the story of American law enforcement has had a permanent home.  It serves as a platform for constructive dialog to help strengthen relationships between law enforcement and the communities they serve.  Numerous artifacts demonstrate major milestones and pivotal turning points for the profession in the History Time Capsules exhibit.  On the Museum’s campus is The National Law Enforcement Memorial, the nation’s monument to law enforcement officers who have died in the line of duty. Dedicated on October 15, 1991, the Memorial honors federal, state and local law enforcement officers who have made the ultimate sacrifice for the safety and protection of our nation and its people.

Our Featured Veteran this month is Reggie Horton, who just finished his term as National Commander for the Americal Division Veterans Association.  Like his father and uncle before him, Reggie served in the U.S. Army’s 23rd Infantry Division, more commonly known as the Americal Division.  The 23rd was activated from 1954 to 1956 and took the colors of the Americal Division. It is the only named Division and the only one always activated outside the United States.  Its soldiers spent most missions in the tropical bush and were accordingly known as “The Jungle Warriors.” Horton’s assignment was no different.

Having planned military reunions and conferences in over 150 cities for over thirty years we will guide you to military-friendly hotels with the best rates.  Pick up the phone and TALK TO TED at 1–800-562-7226 or email me at ted@afri.com. 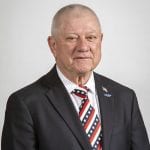 Like his father and uncle before him, Reginald Horton served in the U.S. Army’s 23rd Infantry Division, more commonly known as the Americal Division. Formed from Task Force 6814 in 1942, it was deactivated in 1945. The 23rd Infantry Division was activated from 1954 to 1956 and took the colors of the Americal Division. It is the only named Division and the only one always activated outside the United States. Its soldiers spent most missions in the tropical bush and were accordingly known as “The Jungle Warriors.” Horton’s assignment was no different.

Entering the Vietnam War in 1969, he served as a private first class in A Co. 1/6 198th Light Infantry Brigade west of Chu Lai. “We patrolled from village to village through jungle, rice paddies, elephant grass and some mountainous terrain,” said Horton, 73. “Encountering mostly Viet Cong, and some North Vietnamese Army regulars, our platoon had several close calls from sniper fire, mine fields, booby traps and occasional fire fights. Caught in an ambush crossing a paddy dike, my assistant gunner right behind me took a bad one in the thigh and we had to call in the gunships. It turned out to be what was called a “million dollar wound” as he was sent home and eventually recovered. On another mission my platoon sergeant, a scout dog and his handler were injured by a “booby trap” suspected to be a hand grenade. My platoon sergeant suffered several leg wounds.”

Horton said patrols through the jungle were often hairy, but felt a little more comfortable with his weapon of choice, an M-60 machine gun. “It is ‘belt fed’, usually with 100 round belts that came in real handy, especially in free-fire zones where we had a mad-minute to rip up anything that moved. The enemy often travelled at night and we’d let loose and clean them up nicely.”

Horton and his fellow soldiers enjoyed some stand-down time that was spent mostly in the clubs and bars, but things got a little shaky as their tours were coming to an end. “We were looking to the proverbial light at the end of the tunnel, but even with extra precautions it was nerve racking. Everyone knew and heard about guys who were almost ready to begin packing for home, only to be wounded or killed.”

Horton left Vietnam in 1970 and was assigned to Fort Benning, Georgia as an assistant instructor before being discharged and put on inactive reserve. Two years later he retired, was discharged as a Sergeant E-5, and received the Combat Infantryman’s Badge, Army Commendation with one Oak Leaf Cluster, Vietnam Service with 4 Bronze Stars, Vietnam Campaign with 1960 Device, Vietnam Gallantry Cross with Palm and Good Conduct and National Defense Ribbons.

Following the war Horton worked in the insurance business and then in the power industry. A deep reconnection to the Americal Division began in 2008, when his uncle took him to an Americal Division Veterans Association reunion in Jacksonville, Florida. He had been a member of the ADVA since 1994 and was soon asked to run for the ADVA Executive Council, where he served for several years before becoming Junior Vice Commander and eventually National Commander in 2018. “I enjoy my duties directing and supporting the ADVA, but what I really like is seeing the members I served with and becoming friends with new ones,” Horton said. “In the early reunions I had the pleasure of meeting World War II vets who were then in their 80s and 90s. We’d hear stories of what they went through in both theaters of that war, the hardships and victories. I really admire the Greatest Generation.”

Horton’s two-year run as National Commander will end in June, 2020. Their next reunion is scheduled for Indianapolis in August, 2021. Americal Division’s gatherings are managed by Armed Forces Reunions, Inc. He is also committed to service in his hometown of Roxboro, North Carolina, where he is a member of City Council, the Kiwanis Club, Elks Lodge and local chapters of the American Legion and Disabled Americans Veterans Association. “I’m proud to have served my country honorably and it’s a great privilege to be part of the ADVA. I also find it very rewarding to work with my local friends and citizens to accomplish good things for our community.” 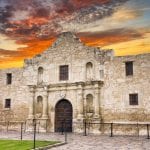 From the earliest Spanish Missionaries in 1691 to today, San Antonio continues to offer a unique blend of rich heritage, traditions and natural beauty.  The San Antonio River Walk, known as the “world’s largest hotel lobby,” winds along the gently flowing San Antonio River through the city – linking hotels, restaurants, shops, and museums.  Visit the Alamo, the first of five missions established by the Spanish government and the site of the infamous battle of 1836 where 189 men sacrificed their lives for the freedom of Texas.  The other four Spanish colonial missions (Concepción, San José, San Juan and Espada) are part of the San Antonio Missions National Historical Park and worth touring.  The Buckhorn Saloon and Museum’s Hall of Horns, Hall of Feathers and Hall of Fins house not only the largest, but also some of the most impressive collections of native and exotic wildlife around.  Next door you’ll find the Texas Ranger Museum which contains priceless artifacts documenting the history and lore of the Texas Rangers.  And be sure to visit El Mercado, the largest Mexican marketplace outside of Mexico.

Enjoy a scenic ride to Fredericksburg to tour the National Museum of the Pacific War, which is 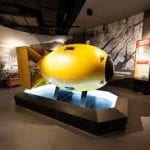 dedicated to everyone who served in the Pacific under Admiral Nimitz.  The Museum includes over 34,000 square feet of indoor exhibit space including the George Bush Gallery, Admiral Nimitz Museum, Plaza of Presidents, Veterans’ Walk of Honor, Japanese Garden of Peace, Pacific Combat Zone, and the Nimitz Education and Research Center.   At Lackland AFB take a stroll along the parade grounds and view a static display of vintage and modern aircraft.  Included in the display are the B-17, P-38, F-82, C-47 and many others.  Take a short trip to the History and Traditions Museum, which houses a collection of rare aeronautical objects.  The museum’s aircraft, engines, instruments, and air weapons span the years of aviation development from its origin to the aerospace age. 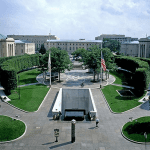 The Museum serves as a platform for constructive dialog to help strengthen relationships between law enforcement and the communities they serve.  Learn what it’s like to be a cop and test your knowledge and skills in DC’s newest and most interactive Museum. Numerous artifacts demonstrate major milestones and pivotal turning points for the profession in the History Time Capsules exhibit. In The History Beat, a multi-screen presentation talks about the enduring significance of six historic objects. In Reel to Real have fun browsing toys and memorabilia from cop TV shows and movies over the years. Start your experience with the Signature Film in the Main Theater as an introduction to the work of law enforcement in the United States and its relatively unique role. Watch three short documentary-style films about officers serving and protecting their communities in To Serve and Protect, and engage with the Web of Law Enforcement to learn how the complex web of some 18,000 agencies works together to keep us safe. Hear brief stories from the careers of a variety of officers, in their own words, in Officers’ Stories.