Contact BookMyReunion.com (BMR) and your New Year’s Resolutions will be fulfilled!

Henry Ford once said “Coming together is a beginning. Keeping together is progress. Working together is success.” The reunion market is mostly a collection of smaller groups, each working to provide its members a valuable experience. The core principle of BookMyReunion.com (BMR) is to harness the power of many to the benefit of each. In the coming months we will present hotel deals to be found only through BMR, with tailored incentives offered by BMR Star Hotels. These are hotels that understand and appreciate your business. Armed Forces Reunions’ twenty-seven years of hotel contracting experience will bring your reunion unmatched savings and opportunities.

Over the years we have funneled thousands of reunions into the nation’s top reunion destinations. This past month saw a flurry of bookings in San Antonio: C123’s in S.E.A, ANGLICO Assn., 401st Bomb Group, Korean War Recon Marines, Wheelus Air Base Reunion, Pilot Classes of WWII, and the USS Los Angeles CA-135. Bookings have been plentiful in Branson, New Orleans, Dayton, San Diego, D.C., Va. Beach, Norfolk, Nashville, Charleston, and other top destinations. The record for bookings in one city in a single year was D.C. in 2005 with 18 reunions – the year after the WWII Memorial opened. Contracting on such a massive scale allows BMR to provide your group with valuable savings and the protection of our very own BookMyReunion Hotel Contract – the industry’s only contract written for reunions and accepted by major hotel brands nationwide.

In this month’s Veteran Profile we meet Andy Coubrough, reunion chairman for the Patrol Craft Sailors Association, and likely one of the happiest humans one would love to meet. Not only have we worked with this awesome group of sailors since 1989, but my father was in fact a PC sailor. This year they return to Bay City, MI – considered to be the “Birthplace of the PC.” It’s hard to believe that we’re planning the 27th reunion for them. My, how time flies when you’re having fun.

This month’s featured Reunion Specialist is Jan Speed Chapman, Crowne Meeting Director at the Crowne Plaza Pensacola Grand Hotel. I had the pleasure of hosting the Army Otter Caribou Association this past year at the Crowne Plaza. As the group will attest, being a guest in this hotel is like being welcomed into the home of an old friend. No hotel staff in the country exceeds this staff in its love and respect for the military. Our heart-felt thanks go to Jan, Cheryl, Marie, Denai, and Ralph for their unsurpassed dedication to our veterans. What a team GM Joe McCay!

Having planned reunions in 147 cities since 1988, Armed Forces Reunions knows where reunions like to go and what cities are really reunion-friendly. In launching BookMyReunion.com (BMR) this past year, we established the nation’s first web-based hotel contracting service built just for military reunions. We’d like to thank those Convention Bureaus who were first to understand the potential of BMR and sign on as founding partners. It’s not coincidental that these cities are among the nation’s leaders in catering to the needs of military reunions. Thank you Virginia Beach, Bloomington MN, New Orleans, Norfolk, Jacksonville, Branson, Seattle Southside, and Dayton. While groups may elect to meet anywhere with BMR’s assistance, we know these cities will reap big rewards from the marketing opportunities that BMR partnership provides. We look forward to partnering with other top reunion destinations in the coming year.

In February’s newsletter we will continue our series of articles on partner cities. Being a BMR Top Reunion Destination gives CVB member hotels discounted BMR partnership rates. BMR Star Hotels gain monthly exposure in the Hot Hotel Deals section of our newsletters, and in special Hot Hotel Deals email blasts to over 12,000 reunion contacts. In turn, reunion groups receive special promotions and savings offered only through BMR. Reunion groups will always seek hotels that agree to accept the attrition-free BMR Hotel Contract. Rest assured, 2015 will see BMR become the nation’s hub for military reunion contracting. Reunion chairman, we’ve been doing this for 27 years and you can rely on our expertise and experience to steer you to a great destination and to the perfect reunion hotel. CONTACT US to push the easy button.

On USS Patrol Craft (PC) 549 in the Pacific during World War II, Motor Machinist Mate 2nd Class Andy Coubrough saw some of the first Kamikaze attacks. “We had heard about them and coming in toward Okinawa – they flew right over us. Not long afterwards we unfortunately could see our ships being hit in the distance,” he said. Coubrough also later saw a different kind of kamikaze threat. “In a Japanese navy shipyard near Tokyo were about a thousand 15-foot plywood boats armed with warheads in the bows. That was a scary look at what would have meant untold bloodshed had they not surrendered.”

Coubrough grew up on the east side of Detroit, turned 18 in April of 1943 and signed up for service. Having enjoyed the waters of Lake Huron as a boy, he wanted to serve in the Navy, but almost ended up in an Army uniform. “They had us lined up to determine which branch we’d go into,” said, Coubrough, 89. “I was first selected for the army and the guy next to me for the Navy. But he couldn’t swim, so we switched places in line and were both happy.”

Coubrough was sent to boot camp in Illinois and then on missions from Hawaii to New Zealand to the Marshall Islands. The 173-foot well-gunned and depth charge laden PC carried 60 crewman and five officers. The crafts were invaluable in anti-submarine warfare and as escorts for ships, with a range of about 3,000 miles. They also had the ability to get close to shore with their shallow draft. Developed and first built by Defoe Boat Works in Bay City, MI in the early 1940s, they were mandated by the Roosevelt administration to provide coastal protection. More than 300 were made and saw service in the Atlantic, Pacific and Caribbean.

“I’d say the greatest impact the PC had was on protecting merchant vessels,” Coubrough noted. “I heard at one time there were 6,000 merchant ships at the bottom of the ocean due to Nazi U-boats. The sinkings came to a virtual halt after the dawn of the PC.”

Coubrough participated in landings on Okinawa, Saipan, Guam and Tinian, where B-29s would take off for bombing raids on Tokyo. His vessel was among the PCs that escorted a flotilla of about 300 ships for the landing at Okinawa.

“We’d get real close in for reconnaissance so the officers could direct the best places for landing craft to go,” remembers Coubrough, a resident of Troy, MI. “In that capacity the boats would be called Patrol Communications Craft and that’s where we often came under heavy artillery fire. We were lucky not to sustain any casualties, but not so for many others.”

PC production was discontinued after the war, but Coubrough has kept strong ties with the vessel’s legacy and his fellow sailors. For twenty years he has been the reunion chairman for the Patrol Craft Sailors Association (PCSA). In June the group will go to the official birthplace of the PC – Bay City, MI, for a very special reunion. The association has raised funds to build three-foot replicas of six different types of PCs that will be on exhibit at the Bay City Museum throughout the year. Armed Forces Reunions, Inc., the parent company of BMR, has managed their reunions since 1989, and will direct the upcoming event in June.

“Armed Forces Reunions is a fantastic outfit to work with,” Coubrough said. “Ted, Molly and their incredible staff have the experience and know-how to take care of everything. I can’t say enough about AFR, and the hotels that they are aligned with treat us like royalty.”

Coubrough said the ranks of the PCSA have gotten thin with time, given the age of the membership, and the June reunion will be an important one. “Because Bay City is the birthplace of the Patrol Craft we have come full circle now that our PCs will be displayed in the museum,” he said. “It will be very exciting and touching for us. The exhibit will also be a piece of history for future generations to understand just how important a role the PC played during its short life in World War II.” 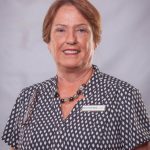 BMR: How long have you been working in the military reunion market, and how long at your current hotel? It’s been my pleasure to work with these outstanding guys and gals since 1985, ten of these years at this historic Crowne Plaza Pensacola Grand Hotel.

BMR: What’s so significant about military reunions and how does the reunion market differ from other markets? I don’t know of another market that has the genuine binding ties between its members that they do. In the military they learned organization, how to prioritize, and how to work as a team – the building blocks of any successful organization. It’s significant that these reunion groups strive to remember and honor not only what they did, but why they did it. These remembrances should be lasting lessons to us all.

BMR: What does your hotel do for reunions that are special? Special – as defined in the Merriam Webster dictionary: Different from what is normal or usual; especially unusual in a good way. At the risk of sounding hokey in today’s world, both I and my staff still respect the sacrifices these men and women made for us, before a lot of us were even born. I believe what distinguishes our hotel and services are that we all share the ultimate goal of making their time together here as special as they had imagined during their time apart. We offer fair pricing and tremendous value at an exceptional location!

BMR: What makes Pensacola so attractive to reunion groups? In addition to being America’s “First City,” Pensacola is a military town. We’re the proud home to Pensacola Naval Air Station, the Blue Angels, the National Aviation Museum (Free!) and the squeaky white sands of Pensacola Beach. Many former service members trained here, including Marines! Pensacola is also home to countless retired military from all branches. We believe this is one of the strengths of our city.

BMR: How will BookMyReunion.com benefit your hotel? I believe our exposure to AFR’s vast contacts will increase our reunion business by an amount I can’t even begin to imagine! This program is a no-brainer for any serious reunion chairman. BookMyReunion.com is the pet rock invention of our time…I wish I had thought of it!