Today marks the 70th anniversary of Hitler’s last gasp counter-offensive in Belgium’s freezing Ardennes Forest. In what became known as the Battle of the Bulge, it was, according to Winston Churchill, “undoubtedly the greatest American battle” of World War II. A bad phone connection led to the devastating capture of two regiments of the untested 106th Infantry Division, as LtGen. Troy Middleton misunderstood a request to withdraw as an order to keep his troops in position.

The 106th Infantry Division Reunion Association held their 2014 reunion in Norfolk at the Sheraton Norfolk Waterside, a BMR Star Hotel. It was the 15th reunion planned by Armed Forces Reunions. Murray Stein, the association’s adjutant and reunion chairman, is highlighted in today’s Veteran Interview with BMR contributing writer Scott McCaskey. AFR has also planned twenty reunions for the 94th Infantry Division, as well as reunions for other units involved in the battle such as the 4th, 35th, and 87th Infantry Divisions and the 4th and 7th Armored Divisions.

Continuing our series on Reunion Specialists in the hotel industry, we are proud to introduce Michelle Holland, Sales Manager with the Hilton Savannah DeSoto, a BMR Star Hotel. Savannah is an awesome reunion destination, and the Hilton is right in the middle of the historic district. Hardly a year passes without us booking reunions with Michelle. With Savannah being such a popular weekend destination, better room rates can be had by meeting midweek. An even better way to secure better rates is to book your reunion with BookMyReunion.com (a division of AFR).

Another city exuding historic charm is Charleston. Just last week BookMyReunion.com secured a contract for the Phan Rang / Happy Valley Vets 2015 reunion at the Crowne Plaza Charleston, a BMR Star Hotel. Lou Ruggiero, reunion chairman, recounts his experience with BMR: “After contacting numerous hotels in Charleston on my own, I contacted BookMyReunion.com to see what they could do. After a short period of time Ted Dey was able to obtain a hotel for us at an excellent rate, one that we could not get on our own. Ted also negotiated a reunion-friendly contract with many amenities to help make our reunion more successful. We will definitely use BookMyReunion.com again in the future.”

We would like to extend a warm welcome to our newest Top 12 Reunion Destinations: Dayton and Seattle Southside. Home to the National Museum of the U.S. Air Force, Dayton is absolutely one of the nation’s top reunion destinations. In Seattle Southside many historic bases, military museums (Boeing’s Museum of Flight), and aircraft collections chronicle the region’s history of defense. For CVBs and hotels looking to gain maximum exposure in the military reunion market CLICK HERE to contact me and learn more about becoming a BMR Star Partner. Happy Holidays!

“I didn’t get frightened until three weeks after it had begun, when I began to read the American papers and found how near we were to being whipped,” noted President Dwight D. Eisenhower years after the war in Stanley Weintraub’s General George S. Patton and the Battle of the Bulge. Sir Winston Churchill’s words on The Battle of the Bulge monument at the Valley Forge Military Academy and College read: “This is undoubtedly the greatest American battle of the war and will, I believe, be regarded as an ever famous American victory.”

In one of the deadliest clashes of World War II, Hitler launched a massive surprise attack on December 16, 1944 when more than 200,000 Germans burst through the forested Ardennes and surprised allied forces. The U.S. Army suffered nearly 90,000 casualties in what soon became known as the Battle of the Bulge, a conflict the Nazis ultimately lost and which helped lead the way to victory in Europe. Today marks the 70th anniversary of the attack.

There were 20 Infantry Divisions, 10 Armored Divisions and 3 Airborne Divisions that received credit for taking part in the battle according to War Department General Order 114, December 7, 1945. The newly formed 106th Infantry Division relieved a battle tested 2nd Infantry Division on December 11, 1944. The inexperienced troops had fought for only four days before being surrounded by the German 6th SS Panzer and 5th Panzer Army.

In the fray was U.S. Army Cpl. Murray Stein, who was wounded by shrapnel and lost his friend Marvin “Sammy” C. Pate to enemy fire. Fellow soldier Harold “Sparky” Songer was saved by a mess spoon in his shirt pocket that stopped a bullet. Stein’s entire regiment was captured and marched in bitter cold to Stalag 4B, south of Berlin. Also captured from the 106th was future American novelist Kurt Vonnegut, whose best-seller Slaughterhouse-Five was based on his experiences in the battle and as a prisoner of war. About 6,000 prisoners from the division were taken in one of the largest surrenders in American military history.

“We were setting up a mortar with enemy fire everywhere, eighty-eight artillery rounds coming in heavy, soldiers dying and wounded all around us, it was war,’” recalls Stein, 89, a resident of Boynton Beach, Florida. “In the prison camp we were worked hard, but not beaten and abused like many other POWs. Some were sent to the mines at the Berga camp, near notorious Buchenwald. The primary suffering for us was from hunger. I was a football and baseball player in high school and weighed 210 pounds when captured. I was down to about 145 pounds and in a hospital in Halle, Germany before being liberated.”

Stein was freed by the by the 104th Infantry Division in June, 1945 and has been an active advocate for veterans and POWs since the war. He is the adjutant for the 106th Infantry Division Association and attended their 68th reunion during September in Norfolk, VA. The event was managed by Armed Forces Reunions, Inc., which has directed the 106th reunions for 15 years, as well as numerous reunions for the 104th Infantry Division Association. “Time has taken its toll on our numbers, but the 106th gatherings remain very, very special,” Stein says. “There are now a lot of family members and friends that share the camaraderie of members who are still with us, and the memories of many who aren’t.”

Stein is also passionate about raising awareness of the price of war to young people. A reminder is always given when he and fellow Battle of the Bulge veterans and POWs speak at schools and civic gatherings: “If any of you are ever in a position of authority in the future, remember that war is truly hell and always work to settle differences across the table,” they tell audiences.

Stein is also coordinator for POW Veterans of the Battle of the Bulge at the Veterans Administration at West Palm Beach and will take part in marking the 70th anniversary by erecting a monument to the battle in Veterans Park in Boynton Beach. “We must continue to remember and honor those who’ve fallen and sacrificed so much, and also to remind all that war is hell,” he says.

Scott McCaskey is a contributing writer for BMR.com; Account Director at Goldman & Associates Public Relations and former staff writer for the Virginian-Pilot newspaper 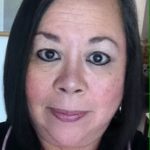 BMR: How long have you been working in the military reunion market, and how long at your current hotel?  I have been privileged and honored to work with military reunions for 16 years- all of them at the award-winning Hilton Savannah DeSoto.

BMR: What’s so significant about military reunions and how does the reunion market differ from other markets?  The reunion market will always be my favorite market because I enjoy watching attendees reconnect, reminisce and share stories. I’ve had the good fortune to meet so many amazing guests during my time here. It’s especially nice when children and even grandchildren come along to watch and partake in the camaraderie and fun. Each reunion may be different but they all share a common bond of pride in having well served our country, which we are all thankful for every day.

BMR: What does your hotel do for reunions that’s special?  Every one of our employees, from top to bottom, is dedicated to making each reunion a memorable experience for reunion attendees. With over 20,000 square feet of meeting and event space, we truly have something for everyone! From banner hanging to providing ice for your hospitality room to ensuring your banquet is flawless, we will go above and beyond to ensure you have an outstanding reunion.

BMR: What makes Savannah so attractive to reunion groups?

• Sightsee in the largest Historic District in the Nation
• Tour the Mighty Eighth Air Force Museum
• Visit the Historic Railroad Roundhouse
• Sing along with the cast at the historic Savannah Theater- always a high energy production!
• Visit Old Fort Jackson
• Cruise down the Savannah River on a Paddlewheel Boat

Savannah has been named by many of the world’s top leisure travel publications as “America’s Best.” Check out what some of our friends are saying about us:

BMR: How will BookMyReunion.com benefit your hotel?  Armed Forces Reunions, Inc. has been a long term partner of ours. Their newest division, BookMyReunion.com, makes it easy for both the planners and the hotel since major hotel booking clauses and terms are already pre-negotiated. Of course, we’ve been known to throw in some additional concessions, as well, to show you we want your business! BookMyReunion makes it a snap to book a hotel, with no hidden surprises.