The Featured Veteran this month is Bill Toombs, who in WWII flew 28 missions over Europe with the “Fighting 493rd” Bomb Group, of the Mighty Eighth Air Force. AFR has planned reunions for the Eighth Air Force Historical Society (8AFHS) since 1993, when the cast of the film Memphis Belle attended the Chicago reunion to meet the original crew of the B-17F Flying Fortress. This year’s reunion will be in late September in New Orleans, with the highlight being a   Gala Banquet at the National WWII Museum’s U.S. Freedom Center. In 2018 8AFHS will convene in Dayton, OH to visit the newly refurbished Memphis Belle, to be unveiled on May 17 at the U.S. Air Force Museum.

The Featured Reunion Destination this month is Virginia Beach, Virginia, home to NAS Oceana, Fleet Training Center Dam Neck, and Joint-Expeditionary Base Little Creek-Fort Story. The greater Virginia Beach area is home to nine additional major military installations representing all the branches of the U.S. Armed Forces, including the world’s largest naval base and home of the Atlantic Fleet.

The Must-See Museum this month is The National Infantry Museum, located on a 155-acre campus adjacent to Fort Benning in Columbus, GA.  The museum is one of the nation’s leading military history destinations, with thousands of artifacts, monuments, interactive exhibits and video presentations on display.  The Vietnam Memorial Plaza contains a ¾-scale replica of the Vietnam Wall on the Mall in Washington, D.C. 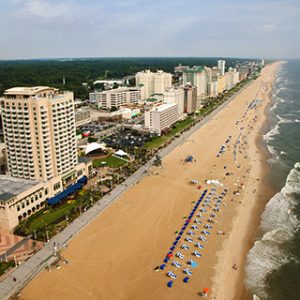 Virginia Beach is a dramatic and meaningful setting for military reunions. This coastal resort is centrally located on the East Coast and within a day’s drive of two-thirds of America’s population.  Three military bases are located in Virginia Beach: Naval Air Station Oceana, Fleet Training Center Dam Neck, and Joint-Expeditionary Base Little Creek-Fort Story.  The greater Virginia Beach metropolitan area is home to nine additional major military installations representing all the branches of the U.S. Armed Forces, including the world’s largest naval base and home of the Atlantic Fleet.  The local military installations provide jobs for more than 33,000 service members and civilians, with a combined annual payroll of more than $7.5 billion.  Seven of the world’s top defense-related firms have a major presence in Virginia Beach, supporting the largest active duty military population in the U.S.

In Virginia Beach, we pride ourselves in offering the very best customer service to these modern day heroes.  At no cost to your organization, our full-time reunion coordinator will give you all the assistance you need to plan a successful military reunion including:

Once here, key attractions include: tours of master jet base Naval Air Station Oceana, the Military 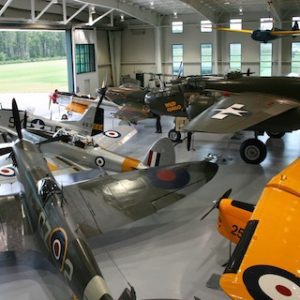 As a year-round meeting destination and Virginia’s most populous city, it’s no wonder Virginia Beach offers every kind of accommodation imaginable – from first class hotels in resort, suburban, or retreat settings to cottages, condos, and campgrounds.  Whatever your group needs, you’re sure to find it in Virginia Beach with over 11,000 guestrooms.

Allow your new friends at the Virginia Beach Convention & Visitors Bureau help provide you the perfect setting to reconnect with your old friends!  Visit our website: www.visitvirginiabeach.com/meetingplanners/.

MEET OUR VETERAN OF THE MONTH: FLIGHT ENGINEER AND GUNNER BILL TOOMBS 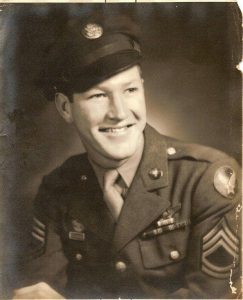 The “Fighting 493rd”, as it came to be called, was the last Eighth Air Force bomb group to become operational in World War II, taking off from Debach airfield in Suffolk, England on D-Day. A flight engineer, gunner and airplane engine mechanic with the 493rd, Bill Toombs flew 28 missions over Europe, first in the B-24 and later the B-17. Intent on destroying Germany’s military capability, they hit chemical plants, munitions manufacturers and aircraft component factories, along with railroad yards, bridges and other strategic targets.

“We did a hell of a lot of damage against their war effort, but we were hit by anti-aircraft fire on about 80 percent of our missions.  Fortunately most of the fighter threat had been eliminated by that point in the war,” said Toombs, 93. As a flight engineer it was Toombs’ job to “mainly do anything you could to keep the plane in good working order during flight,” he said, “along with critical before and after mission checks.” As a gunner he was equipped with 50-caliber Browning automatic machine guns. “I got off some rounds I think were close to being kills, but never confirmed. I didn’t see any of the new Messerschmitt jet fighters, but other guys in the 493rd did.”

On his 24th mission Toombs and the crew’s fortunes took a turn when their B-17 was hit hard on Sept. 13, 1944 near Ludwigshafen, Germany.  “One of our planes was already down and another on fire when we took 88 anti-aircraft shells, lost two engines and the number four fuel tank. We threw everything out we could and flew on, but soon had to ditch and crash landed in a turnip field outside of Brussels, Belgium. We were okay and fortunately the city had been liberated five days earlier, with the Canadians in charge. The locals were still celebrating and came out to greet us in their horse-drawn wagons draped in American flags. The young ladies had our flag tied to their shoelaces, quite a reception.”

Toombs was discharged as a technical sergeant in October of 1945, earning an Air Medal with three oak leaf clusters, the Distinguished Flying Cross and European-African-Middle Eastern Campaign Medal. He returned home to his native Arkansas and enjoyed a 43-year career in the railroad industry. In the 1980s he reconnected with the 493rd when he joined the Eighth Air Force Historical Society and eventually became president of his bomb group.

“We used to have almost 2,500 hundred veterans at our reunions and they were some great times, sharing tales and catching up,” said Toombs, who lives with his wife Faye in North Little Rock, Arkansas. “Now there are only about 60 of us left. We don’t talk about the war like we used to, just happy to enjoy each other’s company. Time of course marches on, but we’re going to keep meeting as long as we can.”

Toombs attended an even more exclusive event when he received the French Legion of Honor on the 70th anniversary of D-Day on June 6, 2014 aboard the USS Texas, the last surviving battleship of World War II. He was again honored for his service at the restoration/reopening of the American Air Museum in Duxford, England in 2016. Like many of his generation he doesn’t talk much about accolades: “just doing our job,” he said. In September he plans to attend the Society’s reunion in New Orleans, managed by Armed Forces Reunions, Inc. “My health is still pretty good and I’m ready for New Orleans,” said Toombs, who will be joined by his daughter Nancy, a member of the Eighth Air Force Historical Society for more than 10 years and now the Vice President. Assuming some of the mantle for the family, part of her role is to help eligible Society veterans receive their medals, working with France and consulates here to coordinate the applications and paperwork, particularly for the French Legion of Honor as recipients have to still be alive to receive the award.

“I grew up on my grandmother’s back porch playing with all my father’s and uncles’ war stuff, so it’s in my genes,” she said. “I would have joined the Air Force if women could fly back then, but times were different. Helping support our veterans through the Society is the least we can do to serve the Greatest Generation.” 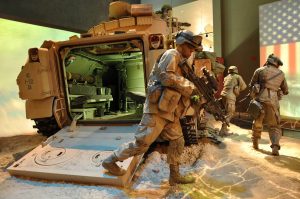 The National Infantry Museum is one of the nation’s leading military history destinations, with thousands of artifacts, monuments, interactive exhibits and video presentations on display. Visitors of all ages can experience first-hand the American Infantryman’s journey to defeat tyranny around the globe. In addition to the publicly accessible collection, the museum’s archives hold over 100,000 diverse historical artifacts for preservation and future displays, making it one of the foremost military history institutions in the world.  See a collection of more than 70,000 artifacts from the last 240 years of American military history. Explore on your own or book a guided tour to immerse your group in the full museum experience! Be sure to add time into your schedule to experience the museum’s Giant Screen Theater and full-service restaurant while you are there.

The National Infantry Museum’s primary focus is educating the public on the role of the U.S. Army Infantryman in securing the freedoms we all enjoy. The museum’s Education Department can help make the most of your group’s visit through guided tours, educational materials, and public events designed to bring history alive in an unforgettable way. From classroom-based instruction to living history demonstrations, museum staff can tailor your group’s interests to enhance the impact of the interactive exhibits at the museum. The museum’s dedicated team of historians and educators has created several tour packages for groups of all ages: JROTC groups, active-duty Service members, Boy & Girl Scouts, homeschoolers, churches, and they roll out the red carpet for military reunions.