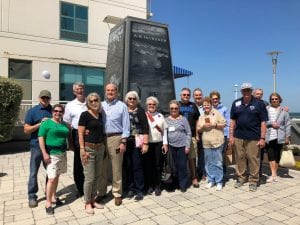 We’re still celebrating our 30th anniversary of planning reunions for the greatest folks in the world – our nation’s veterans.  And what a way to kick off our 31st reunion season – with the A-6 Intruder Association this past week in our hometown of Norfolk, VA!   We had 718 attend the banquet at Sheraton Norfolk Waterside – one of our favorite reunion-friendly hotels in the nation.  The group enjoyed touring Norfolk Naval Base, with private tours of USNS Comfort and USS Gerald R. Ford CVN-78, the Military Aviation Museum in Va. Beach, and their own A-6 Intruder Memorial at Naval Aviation Park in Va. Beach.  Next week we’ll be joining our friends from the Early & Pioneer Naval Aviation Association (The Golden Eagles) in Leesburg, VA.  The week after it’s on to San Diego for Marine Corps Aviation Association’s annual symposium, where we expect close to 1,000 in attendance.

Our Featured Veteran this month is Bill McCamy, a distinguished member of the Early & Pioneer Naval Aviators Assn – otherwise known as The Golden Eagles. AFR is honored to plan their annual reunions and we’ll soon be with them in Leesburg at the Lansdowne Resort & Spa.  We’ve already booked their 2019 reunion in Dallas and the 2020 reunion in Jacksonville, FL.  Bill’s bio is, like all members of The Golden Eagles, phenomenal! Scott McCaskey (longtime friend and supreme veteran interviewer for AFR) somehow condenses conversations and bios into riveting reads of 650-800 words.

The Top Destination this month is Rapid City – centrally located to Mount Rushmore National Memorial, the Black Hills, and the on-going mountain carving at Crazy Horse Memorial. Tour some of the greatest natural wonders in Custer State Park by cruising through the granite spires surrounding Needles Highway. These experiences make Rapid City a destination where every day has big potential.

The Must-See Museum this month is the Strategic Air Command & Aerospace Museum in Omaha, NE. The museum is home to an extraordinary collection of aircraft, spacecraft, World War II and Cold War artifacts, spanning 70 years of aerospace history. 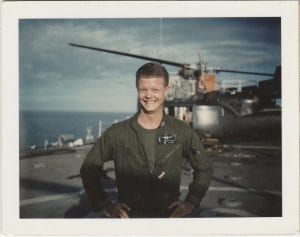 While many of his assignments were providing air cover for U.S. Navy Seal insertions and extractions, LTJG and helicopter pilot William McCamy also spent scores of missions in Viet Cong-infested jungles with rockets firing and machine guns blazing. Flying deep in South Vietnam on a daily basis in 1969 – 1970, McCamy was with Helicopter Attack (Light) Squadron Three, call sign Seawolves, and became a Fire Team Leader within five months of combat duty. “We served in IV Corps and spent most of our time operating from Sea Float, a tactical base built on AMMI barges with Swift boats and other Riverine Force vessels on the Song Cua Lon river, a wild and dangerous place that was basically owned by the Viet Cong,” said McCamy, 72.

He flew both the heavily armed UH-1B Huey “Gunship” and the HH-1K “Slick”. “Larger capacity Army helicopters would usually insert the Seals and we had their backs with gunship support, loitering from about 1,000 feet until called in for extraction,” said McCamy, Seawolf 12. “When we flew the larger Slicks we performed single ship insertions and extractions ourselves, which meant firefights 90 percent of the time.”

One of McCamy’s more memorable mission was in May, 1970, when his was the only gunship available and in poor weather. “We’d received word that two Swift boats had been hit hard going up a canal in the Cua Long, with dead and injured,” he said. “Following suppressive rocket and minigun attacks I landed on a mud flat adjacent to the damaged Swifts to pick up our men. The gunship was crowded and overweight so I left a crewman on the beach while making two runs back and forth to Sea Float. Heavy takeoffs, lousy weather and ground fire made it very dangerous, but exciting. The VC who launched the attack returned two days later – and so did we – with rockets down the throat of the canal. Intel said we’d taken out 28 of them.”

Flying Crosses, one for his actions on the Song Cua Lon. He also received 29 Strike/Flight Air Medals. Returning to the States he flew SH3 Sea Kings off carriers and was awarded three Sikorsky Winged “S”s for at-sea rescues. In 1980 McCamy graduated from the Naval War College as Navy League Outstanding Student and in 1984 was selected to be CO of Helicopter Squadron 17 on the USS Coral Sea.

Commendation for managing the rescue, safety and repatriation of 37,000 Haitian migrants, while securing a safe work environment for base residents. In 1994 at the Bureau of Navy Personnel, which provides administrative leadership, policy planning, and general oversight of the Naval Command, McCamy was also instrumental in helping that command win its first Meritorious Unit Commendation. “The bureau did terrific work during the big drawdown in the early 90’s and was still able to make sure the fleet stayed at a high level of readiness,” he said.

McCamy retired as a captain in 1997 with 5,280 flight hours, and in addition to his combat awards received three Legion of Merit Medals, the Defense Meritorious Service Medal and three Meritorious Service Medals for non-combat. Another very special honor came in 2015 when he was inducted into The Early & Pioneer Naval Aviators Association, an elite organization of Navy, Marine and Coast Guard aviators, Medal of Honor recipients, astronauts, fighter aces and others who have contributed significantly to U.S. naval aviation. Established in 1956, membership in the exclusive club – a.k.a. The Golden Eagles – is limited to 200, with a member having to pass away before another is invited in. “I am humbled and honored to be among the company of such an incredible and historic group,” said McCamy, who lives in Orange Park, Florida with wife Carol and currently the Southeast Flight Leader for the organization. “One of the most impressive members is Lt. Gen. Fred McCorkle, who had 1,500 combat missions, 76 air medals and later became the U.S. Marine Corps Deputy Commandant for Aviation.” Many of the Golden Eagles’ reunions have been planned by Armed Forces Reunions, Inc., including the upcoming April gathering in Leesburg, Virginia.

McCamy enjoys another distinction, one that dates directly back to his service in Vietnam when he became an honorary member of Seal Team One and earned his call sign “Wild Bill”: “It’s a very special tribute from some of the best of the best during very dangerous times. Several years after I returned from the war I saw “The Deer Hunter” and “Apocalypse Now.” They’re movies of course, but I could certainly relate, and they still hit home now.” 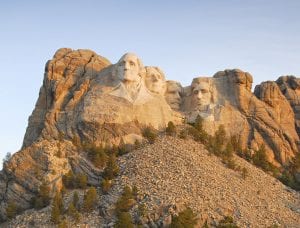 Rapid City offers a charming Downtown experience. Unique attractions like the City of Presidents, Art Alley and the dancing fountains at Main Street Square create an authentic Americana atmosphere. Whether roaming the Black Hills or enjoying all Rapid City has to offer, visiting here is an experience your group is sure to love. 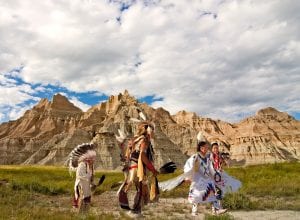 Rapid City will make your military reunion a monumental success. 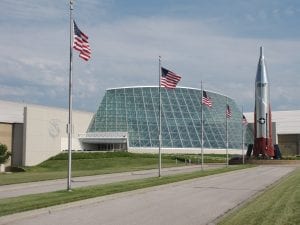 The Strategic Air Command & Aerospace Museum is home to an extraordinary collection of aircraft, spacecraft, World War II and Cold War artifacts, spanning 70 years of aerospace history.  The Museum was established in 1959 at Offutt Air Force Base as an outdoor aircraft exhibit focused on preserving the history of the Strategic Air Command (SAC) and to commemorate the contributions of SAC during the Cold War. In 1998, the Museum moved into a 330,000 square foot facility just a short drive from Omaha or Lincoln, Neb.  The facility features three airplane hangars that display artifacts, as well as an aircraft restoration.  In addition to the hangar space, the Museum has classrooms, theaters, a store, restaurant, and eight separate event locations.

One of the primary elements of American victory in WWII was the use of heavy bombers. The Strategic Air Command & Aerospace Museum commemorates one of the most productive heavy bomber plants, the Martin Bomber Plant, at what is now Offutt Air Force Base, Nebraska.  It was here that both atomic bombers Enola Gay and Bockscar were manufactured.  Highlighted are detailed models of the plant, as well as original wooden floor bricks, tools, and an engine piston from the bomber Enola Gay.  Among several permanent exhibits is Courage From Above: Strategic Bombers of World War II.  The exhibit includes five historic aircraft that tell the story of strategic bombing doctrine and strategy development, and highlights strategic bombing campaigns in the European and Pacific theaters.  Another great exhibit is Searching for Humanity: Veterans, Victims, and Survivors of World War II – a unique and moving exhibit that asks its audience to consider the search for humanity during the Holocaust and to reflect on man’s obligation to humankind.