There are SO many cities that make great destinations for Navy reunions. Clearly, sailors like to return to old ports-of-call like Norfolk, San Diego, Jacksonville, Groton, and Charleston. To relive the days of basic training old salts return to NTC San Diego. But the Navy has only one location for boot camp: The Great Lakes Naval Training Center, which is located on the western shore of Lake Michigan, halfway between Chicago and Milwaukee. This happens to be Lake County, IL – our Top Reunion Destination of the Month. Here you will find great hotels with very friendly rates; it’s a short ride back in time as you witness a parade of fresh recruits on graduation day at NTC Great Lakes. This month’s Reunion Specialist is Vicky Parad, Sales Manager for the Hyatt Deerfield – a great reunion hotel in Lake County.

We’ve been guiding Navy reunions to great destinations for nearly 30 years.  AFR is truly the Plank Owner of Navy Reunion Planning. Picking a good city for Navy reunions is easy, as there are so many to choose from. A list of cities with naval ship museums is too numerous for this column but there are a few standouts: Patriot’s Point in Charleston, Battleship Cove in Fall River, MA (Providence), USS Wisconsin in Norfolk, USS New Jersey in Philly, USS Little Rock and the USS The Sullivans in Buffalo, USS Alabama in Mobile, USS Kidd in Baton Rouge, USS Midway in San Diego, and the USS Turner Joy in Bremerton. There are many others and Armed Forces Reunions will guide you to a great reunion destination with reunion-friendly rates, as we’ve been doing for almost 30 years! To peruse a list of our nation’s museum ships go to the website: http://navysite.de/specials/museumships.htm

A very special Navy group to AFR staff is the USS Canberra Reunion Association. We’ve planned every annual reunion since Baltimore’s 1989 event. There’s hardly a city of interest to a sailor that we haven’t planned a Canberra reunion in. This month our Featured Veteran is Ron Nullet, Secretary for the USS Canberra Reunion Association. Aside from serving aboard the guided missile cruiser (a converted heavy cruiser), Ron was an eyewitness to the World Trade Center’s devastation on 9/11. Fair Winds and Following Seas!

DESTINATION OF THE MONTH: LAKE COUNTY

Looking to enhance the enjoyment and prominence of your next reunion? Consider beautiful Lake County, Illinois. Located just north of Chicago – and easily accessible from nearby airports – Lake County is one of the Midwest’s premier destinations, with world-class attractions, scenic locations and relaxing venues. And with over 60 reunion-friendly hotels – ranging from three hotel-resorts to top-rated hotel chains – you’re sure to find the perfect option for any budget.

As the home of Great Lakes Naval Training Station, the largest naval training center in the U.S., Lake County, Illinois provides the perfect military reunion setting. For over 100 years, we’ve been welcoming veterans for work and play. We can arrange for your group to tour the base, attend a graduation ceremony, break bread at the Port O’Call overlooking Lake Michigan, and visit the Great Lakes Naval Museum. Take a tour of nearby, historic Fort Sheridan or experience the Volo Auto Museum’s Combat Zone military exhibit, featuring rare military equipment and hardware.

Enjoy a tram ride through the spectacular grounds of the Chicago Botanic Gardens. Shop for provisions along the cobblestone lanes of Long Grove Historic Village. Spend the evening enjoying a live musical or theatrical performance at the Marriott Theatre, Genesee Theatre or Ravinia Festival. And if you’re looking for a boating adventure, Waukegan Harbor on Lake Michigan has one of the finest charter fishing fleets on the Great Lakes.

If the Windy City is in your plans, Chicago’s world-renowned attractions are just a short train or bus ride away. Visit the Shedd Aquarium and Adler Planetarium. Stop at Soldier Field, home of the Chicago Bears, to pay homage at the many military memorials on the site – including the 250-foot long Memorial Water Wall. Take an architectural cruise departing from historic Navy Pier. And visit the WWII German U-Boat U-505 at the Museum of Science and Industry. At night, enjoy yourself at the Roaring Twenties-style speakeasy and cabaret, Tommy Gunn’s Garage.

Our professional reunion specialist will make it easy to put on truly successful reunion of any size. We’ll work side-by-side with you every step of the way: 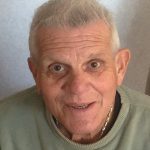 The USS Canberra CAG-2, a heavy cruiser seeing action in WWII and converted into a guided missile cruiser, was sent on a world tour in 1960 to showcase America’s military prowess. Ron Nullet served as a fireman apprentice on the 18-month deployment, calling on ports throughout the Mediterranean, Australia and the Pacific. Along with 1,500 crewmembers, Nullet was enjoying a peacetime journey on one of the Navy’s finest flagships. “Shore liberty was quite a time in some remarkable places,” said Nullet, 74. “We saw and did a lot.”

Sun and fun soon changed as the Cold War heated up and the Canberra was ordered to the Caribbean at the onset of the Cuban Missile Crisis. “We were part of the blockade and went into DEFCON 1,” Nullet said. “We were damn nervous about fingers on red buttons, and the very real prospect of total war with nothing left. I was transferred stateside before it was resolved and the Canberra helped escort the Soviet ships out of our hemisphere.” Following the missile crisis the vessel did tours in the Mediterranean with NATO and served for five years in Vietnam, playing a large role against the Tet Offensive. She was decommissioned in 1970 and sold for scrap.

The USS Canberra CA-70 was named after the Australian heavy cruiser HMAS Canberra, which was rendered inoperable in 1942 by the Japanese at the Battle of Savo Island, subsequently evacuated, and sunk by American destroyers. To honor the ship, the USS Canberra CA-70 was launched in 1943 and is the only American warship named for a foreign capital city. Badly damaged by the Japanese in a Kamikaze aerial torpedo strike on Friday 13, 1944, the CA-70 taken in tow by USS Wichita, retiring toward Ulithi and arriving 27 October, two weeks from the day she was hit. The cruiser was towed to Manus for temporary repairs, and departed for permanent repairs at Boston Navy Yard. She was decommissioned on 6 July 1946 at Mare Island Naval Ship Yard and converted into a guided missile cruiser and recommissioned in ‘56 as the CAG-2. 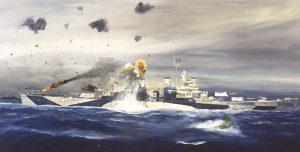 Leaving the Navy as a Shipfitter Pipe 3rd Class in the early 1960s, Nullet took skills he learned on board to work for Shipfitters, Local Union # 638 in New York. Three decades later he reconnected with shipmates after reading about the USS Canberra Reunion Association. He joined, attended a reunion in 1992 and became secretary in 1996, a post he still holds. Their reunions have been managed since 1989 by Armed Forces Reunions, with the next reunion in Portland, Maine in October.

“We have more than 3,000 members and at least 90 percent of us are CAG-2 guys, with about 37 World War II vets,” Nullet said. “The reunions are always happy times. I see a lot of guys I knew, but I’ve made many new friends. With 1,500 sailors on board you couldn’t know everyone.”

Talents developed on the Canberra positioned Nullet for his scariest day on earth, one that nearly cost him his life. Working as a field supervisor for Local # 638, he was in a building next to the World Trade Center on the morning of 9/11. “We thought the first plane was an accident, but then the second plane came in and missed us by about 30 feet,” he said. “We made it down from the fifth floor and tried to help the firemen, but they told us to get out fast. We saw everything: the strikes, the towers coming down, unimaginable panic and trauma, the whole horrific nightmare – way, way beyond the pins and needles of the Cuban Missile Crisis.”

Nullet, who lives with wife Barbara in Centereach, Long Island, later developed cancer from the towers’ carcinogen-filled debris and lost a portion of his right lung. Last month he got a clean bill of health. “I consider myself lucky compared to so many,” he said. “The nightmares have subsided and life is pretty good, but with each terrorist attack I think of that day and the threat we now all have to live with.” 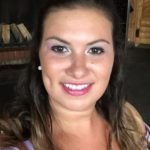 BMR: What’s so significant about military reunions and how does the reunion market differ from other markets?  Reunions differ from corporate and business groups in that the attendees are mainly here to visit with one another, catch up with old friends and meet new friends, and most importantly reminisce with each other.

BMR: What does your hotel do for reunions that’s special?  Since we know the market, we know what they look for – low room rates (breakfast included). We offer a complimentary hospitality suite and allow them to provide their own food & beverages. We also offer a complimentary upgrade for the reunion organizer, and provide custom discounted banquet menus within their budget.

BMR: What makes Deerfield so attractive to reunion groups?  One of the most attractive things is our proximity to Great Lakes Naval Station. Reunions love to visit and reminisce about their past and share memories. Also nearby is historic Fort Sheridan, the Volo Auto Museum, and the Chicago Botanic Gardens.

BMR: How will BookMyReunion.com benefit your hotel?  BMR makes hotel contracting simple for groups and hotels, and offers reunion groups protection that only reunion-friendly hotels can offer.  Armed Forces Reunions has been planning reunions so long they know what hotels work well with reunions – like ours! Hotels that love reunions can become a BMR Star Hotel and gain visibility though their Hot Hotel Deals program.