The Year of the Reunion!

Have you heard?  It’s the Year of the Reunion!  So says Marine Corps Commandant Gen. Robert Neller. According to Marine Times “he has emphasized that reunions are an important tool in curbing suicides, and now the Corps has launched a website to help currently serving Marines and veterans keep connected.”  The Year of the Reunion website is meant to help Marines organize reunions and announce upcoming events, Neller said in a recent message to the Corps.

“We learn, share, mourn, celebrate, and protect each other by coming together and telling stories.  Reunions, and the connections strengthened by them, offer an environment in which we are reminded of who we are.”  In over thirty years of planning reunions we’ve never witnessed such a top-down emphasis on the importance of reunions – of maintaining the bond forged through service to country.  Hopefully, Gen. Neller’s initiative will catch on with the other service branches.

Armed Forces Reunions is proud to be planning a very special event for alumni of all service academies in our nation’s capital this coming June 14-17: the first stateside Service Academies Global Summit (SAGS).  The purpose of the Summit is to develop, inspire and promote Fellowship, Leadership/Professional Development and Service for the “super-community” of graduates worldwide from the five U.S. Service Academies. For more information please visit the Summit website: https://serviceacademiesglobalsummit.com/

We’re introducing two new features this month: Must-See Museums and Hidden-Gem Museums.  Each month we’ll highlight a major military museum in the U.S. and a ‘Hidden Gem’ museum as well. This month we visit the National Museum of the Marine Corps and the Military Aviation Museum in Va. Beach.  Hope you enjoy!

The Featured Veteran this month is Major General David F. Bice, USMC Ret., president of the Third Marine Division Association. MGen Bice discusses his extraordinary 36 year career with AFR correspondent Scott McCaskey. Says Bice: “The association is a way of giving back to the Marine Corps and the men and women who served with me.” Yes indeed, it is the Year of the Reunion!

The Featured Reunion Destination this month is San Diego – the birthplace of naval aviation, San Diego is home to 10 military installations across the region. From the USS Midway Museum to the Miramar Air Show, featuring the famous Blue Angels, to the Coronado Speed Festival, San Diego celebrates all branches of its military heritage.  To get your group the best rates at San Diego hotels CONTACT AFR. We’ve hosted reunions in San Diego every year since our founding in 1988. 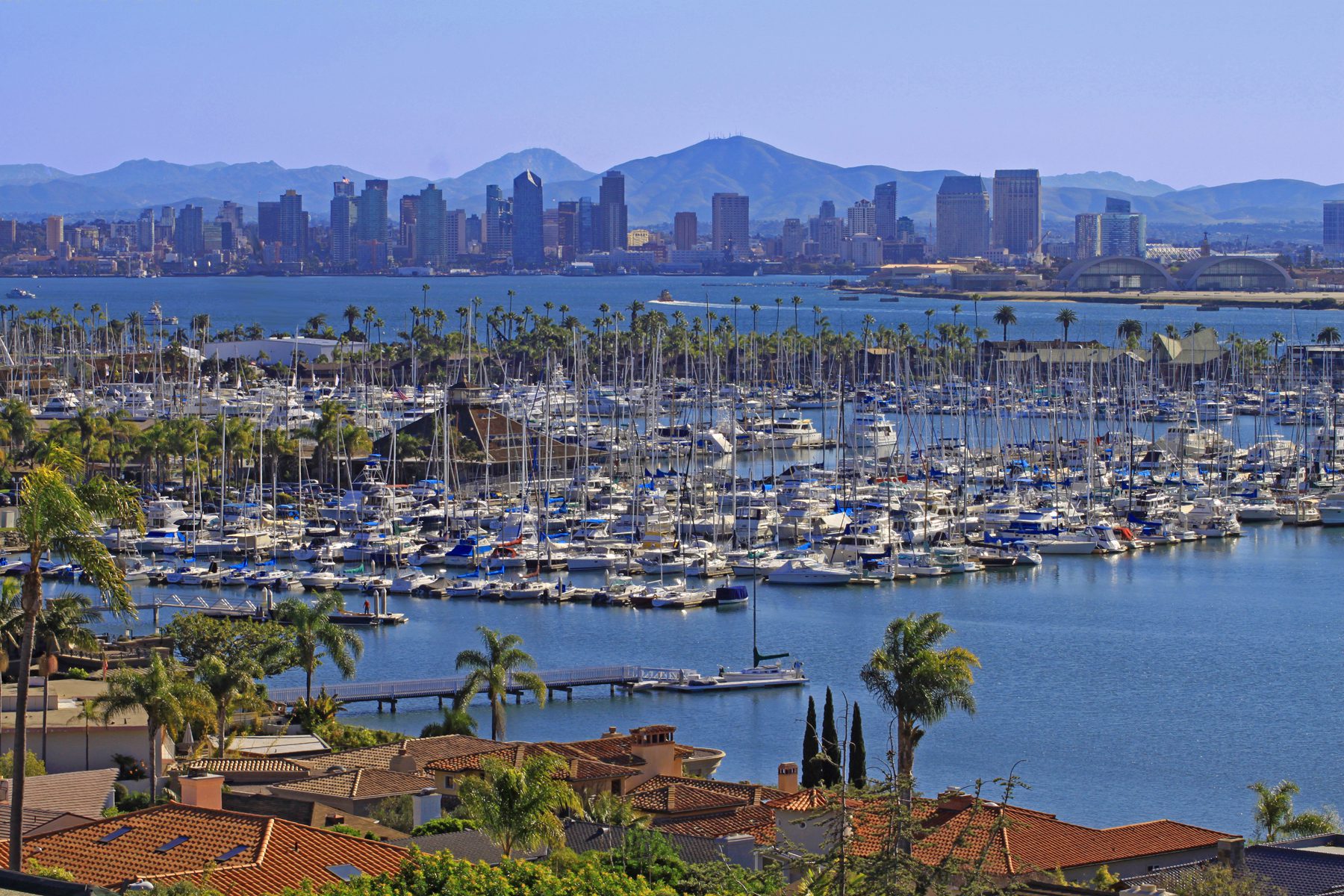 San Diego is proud to have a rich military history. And as the birthplace of naval aviation, San Diego is home to 10 military installations across the region. In fact, the largest military appreciation event in the nation takes place in San Diego each fall during Fleet Week.

From the USS Midway Museum to the Miramar Air Show, featuring the famous Blue Angels, to the Coronado Speed Festival, San Diego celebrates all branches of its military heritage.

Planning a reunion in San Diego gives you the unique opportunity to showcase the destination’s military pride and history. And, aside from spectacular military venues, San Diego offers many charitable opportunities to give back to our wounded warriors and their families.

SAN DIEGO AIR & SPACE MUSEUM
Celebrate mankind’s historical achievements in flight by hosting a special event for up to 1,500 attendees. Whether intimate or grand scale, events at the Air & Space Museum can include interactive simulator rides and docent tours of the museum.

MCAS MIRAMAR & FLYING LEATHERNECK AVIATION MUSEUM
Experience the Marine base that inspired the American-classic movie Top Gun. From fully catered events in an aircraft hangar to special events outside among dozens of vintage military planes, you are guaranteed a full-throttle experience.

AIR GROUP ONE WORLD WAR II MUESUM & HANGAR
Vintage planes including the SNJ-5 Texan “Sassy” and L-5 Sentinel “Betsy” are on display at Air Group One’s private hangar, featuring 38-foot ceilings, at Gillespie Field! You may not recognize those names, but you sure will recognize their wings!

From vintage aircraft to historic naval ships and training grounds, San Diego’s military heritage is a great way to celebrate your American pride. Bring some color and patriotism to your next reunion with a celebration of the red, white and blue! Let Armed Forces Reunions connect you to just the right opportunity, so your group can experience San Diego’s sunny, inspiring, and relaxing destination. 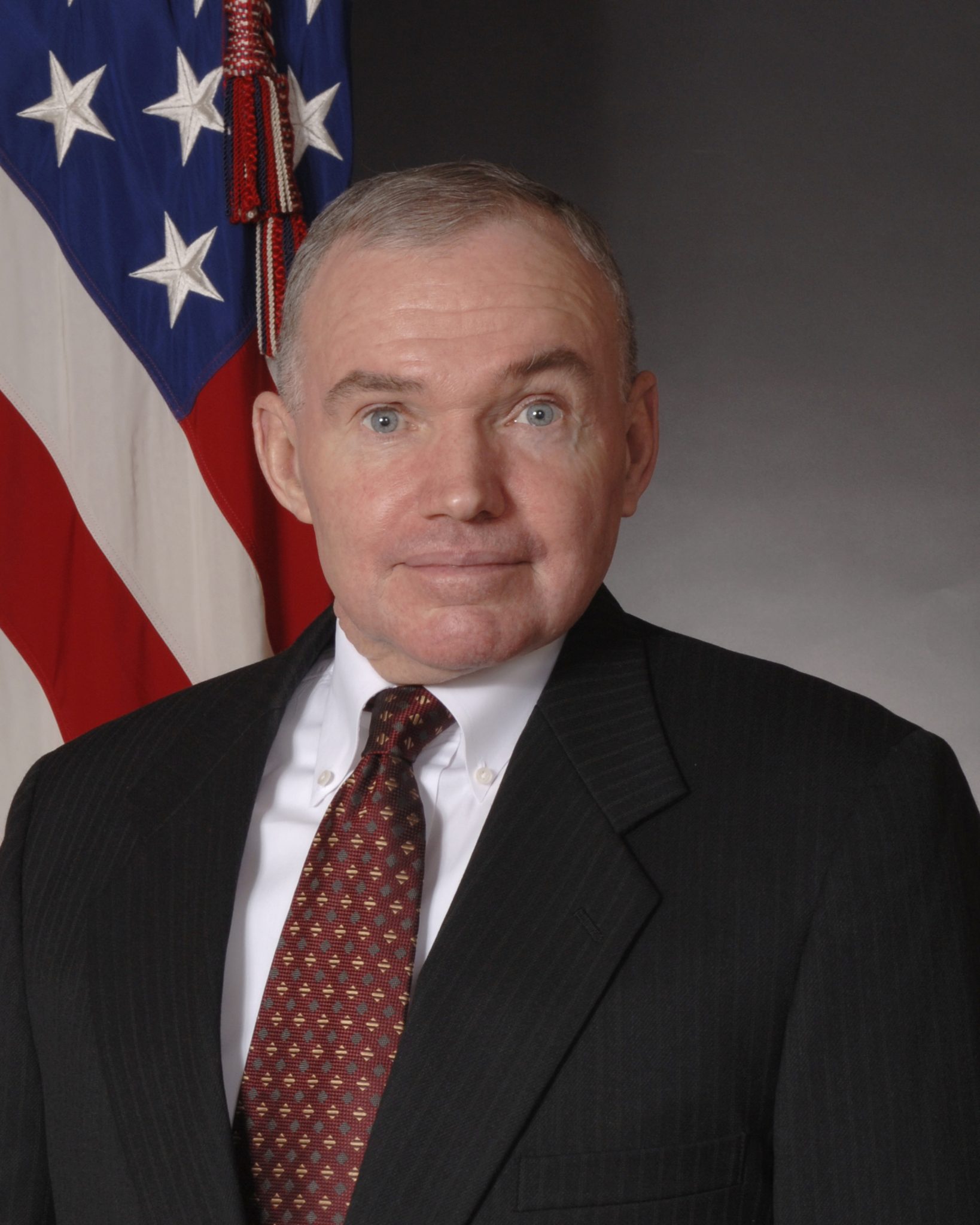 Although he led Marines at every level from platoon to division during his 36-year career, several commands stand out for Major General David F. Bice USMC (Ret). One of his most professionally rewarding posts was from 1971-75 as a captain and series commander at Recruit Depot, Parris Island, S.C.

“A large part of that tour was training recruits and supervising drill instructors, which became a growth experience and drove me to become a complete professional and learn the art of leadership,” Bice said. “The drill instructors themselves were great leaders. They inspired me as a young officer to a new level of pride and responsibility, and helped launch the trajectory of my career.”

Bice joined the Marines in 1968, was commissioned in ’69 and in ‘70 served in Vietnam as a first lieutenant and rifle platoon commander with the 1st Marine Division in the Da Nang region. Rising through the ranks after the war he went on to numerous assignments stateside, in Europe and the Pacific. Another dramatic impact on Bice was his tour with the United Kingdom’s Royal Marines from ’82-’85 as an exchange officer and lieutenant colonel. At age 37 he completed the commando course aside colleagues mostly in their late teens and twenties.

“Being with the Royal Marines really opened my eyes to the vital impact the U.S. Military has around the world,” said Bice, 71.  “I was with an instructional team for NATO and staff colleges teaching joint operations. I saw the profound influence we have on international affairs and how Europe and our allies look to us for guidance, tactics, strategies and support. My career path became more international in nature.” 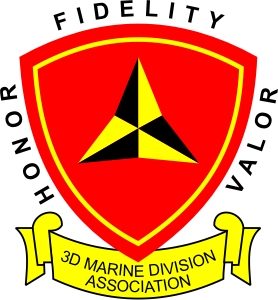 Bice served as lieutenant colonel and commander of the 3rd Battalion, 8th Marines in 1986-’87 at Camp Lejeune. It was there that he touched the magic. “At that level you’re interacting every day with Marines and their families, and the personality of the commander rolls off onto everyone,” he said. “The feeling is the epitome of leadership and known in the ranks as touching the magic. I’ll never forget Oct. 23, 1986 at an event recognizing Marines who perished and survived the Beirut bombing of ‘83. I was sitting behind a young girl when she asked her mother ‘how come they came home, but daddy didn’t?’ It was a vivid reminder to me of the awesome responsibility we have to protect the men and women we command.”

Promoted to full colonel in 1991and to major general in ’98 in command of the Corps in Hawaii, Bice’s posts went on to include deputy commander of NATO Joint Headquarters in Greece and later as the commanding general at Camp Pendleton. He received at least 20 medals over his career, including the Navy Distinguished Service Medal. “I had the honor of recognition at different levels, but I think the Combat Action Ribbon stands out,” Bice said. “Serving with Marines in combat is a crucial element of what we do.”

Bice left active duty in 2002 to work as an international defense consultant, but was soon made an offer he couldn’t refuse. “In 2004 Commandant General Hagee asked if I would consider returning to active duty to help fight the war on terrorism as Inspector General of the Marine Corps, and I gladly did,” Bice said. “We focused on equipment and personnel readiness, training, support and assisting wounded vets and their families. I made two trips to Iraq to see first-hand the needs and challenges of fighting terrorism in a quickly changing world.”

Bice retired with two stars in 2007, but continues to serve as the president of the Third Marine Division Association, whose reunions are managed by Armed Forces Reunions, Inc., the parent company of BookMyReunion.com. “The association is a way of giving back to the Marine Corps and the men and women who served with me,” said Bice, who lives in Woodbridge, VA. “I was blessed with a wonderful career and they made it all possible. Whether from World War II, the Cold War, Vietnam, Iraq or any theater, our gatherings are inspirational. Seeing both the old and new faces is fascinating. Looking back, the greatest joy and satisfaction I have is their success.” 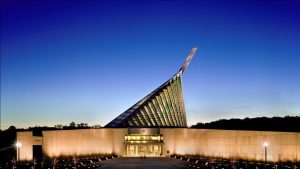 The National Museum of the Marine Corps opened its doors in 2006 as a lasting tribute to U.S. Marines–past, present and future. Situated on a 135-acre site adjacent to Marine Corps Base Quantico, Va., the Museum’s soaring design has welcomed more than five million visitors since its dedication. The 120,000-square-foot structure features world-class interactive exhibits that use the most innovative technology to immerse visitors in the sights and sounds of Marines in action. Semper Fidelis Memorial Park, adjacent to the Museum, features more than one mile of interwoven pathways that run along remarkable features such as the Semper Fidelis Memorial Chapel, and monuments erected to honor various Marine Corps organizations and courageous individuals who have earned the title, Marine.

The Museum’s current galleries tell the stories of Marines from 1775 – 1975. The Marine Corps Heritage Foundation is now leading the campaign to complete the Museum by constructing galleries that commemorate the service of the most recent generation of Marines. Current plans call for the addition of two galleries. The first gallery will represent the Battle of Beirut through Desert Shield/Desert Storm, recreating the campaigns carried out by Marines around the world. The second gallery will tell the story of the ongoing Global War on Terror. Its exhibits will showcase the Marine Corps’ enduring fight on complex battlefields.

Help us honor those who served in Beirut, Grenada, Panama, the Persian Gulf, Iraq and Afghanistan. For more information on the Marine Corps Heritage Foundation and supporting the National Museum of the Marine Corps go to www.MarineHeritage.org. Learn more about the Museum and upcoming events at www.usmcmuseum.com. Visit the Museum Galleries and Semper Fidelis Memorial Park virtually at http://www.virtualusmcmuseum.com/.  Visit the National Museum of the Marine Corps today! Free Admission and Free Parking. Semper Fidelis!

The Military Aviation Museum in Va. Beach is home to one of the largest private collections of 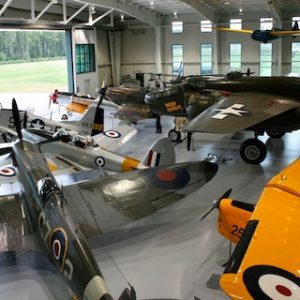 World War I and World War II era military aircraft in the world.  Each has been beautifully restored to its prior military condition, using original parts whenever possible.  Most of the planes are airworthy and flown at the museum during flight demonstrations and at air shows throughout the year.  Their mission is to help the generations born after World War II understand exactly what Americans and their allies can and have achieved when they are called to action with a just cause. Each one of the airplanes in the collection tells a unique story about the men and women who designed them, built them, flew them, and all too often, died in them in order to save the world seventy-five years ago.  Many of them are told by our Docents during guided tours. Many more stories can be yours by just talking to the volunteers as you enjoy walking among the airplanes. Select a warbird to perform a flight demonstration for your reunion group.   www.militaryaviationmuseum.org/